MP’s Bribed To Save Njuguna Ndung’u In Parliament. 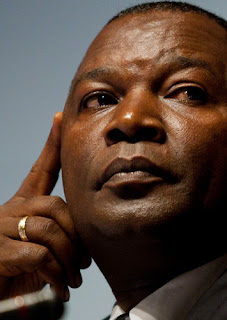 The Star newspaper reported today that members of parliament were bribed to save the governor of the central bank of Kenya, Njuguna Ndung’u. He was under investigation for the drastic loss of value of the Kenyan shilling late last year. Several mp’s told the Star that Kikuyu mp Lewis Nguyai had handed several brown envelops to several mps with instructions that they should help water down the report by Finance committee chaired by Aden Keynan. Lewis Nguyai is alleged to have distributed bunches of Sh 20,000 to select mps.

An mp told the Star, “I have always heard claims that MPs are bribed to vote in a certain way but never believed it until it happened to me,”

It has been a practice for quite a long time, where wealthy individuals hand out “allowances” to not so endowed members, to either vote favourably in the house or to attend rallies.

More Photos Of Mariga’s New Cadillac Escalade < Previous
Miley Cyrus Coming To Tanzania. Next >
Recommended stories you may like: