Kony 2012 Becomes Most Viral Video Ever. 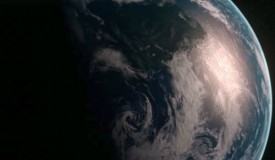 Kony 2012, the video documenting the atrocities of Ugandan rebel leader Joseph Kony, has become the most viral video ever created. The video has surpassed 100 million views on both YouTube and Vimeo in jsut 6 days. The previous record for the least number of days taken to get to 100 million views was held by Susan Boyle’s performance on Britain got talent, where it hit 100 million on day 9. Kony 2012 has netted over 500,000 comments so far. Surprising is that some of the most viral videos last week were critics of Kony 2012.

Here is a graph of the most viral videos ever and the days they took to get to a 100 million views. 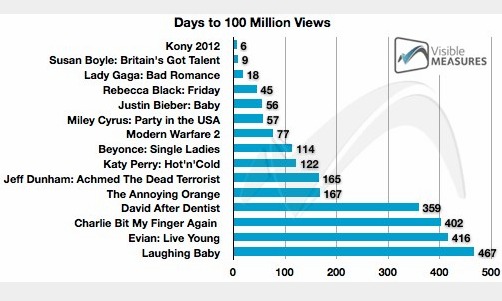 Michael Jackson 83 yr old Father Parties In Vegas. < Previous
Comedian Nyambane Resigns From KBC. Next >
Recommended stories you may like: