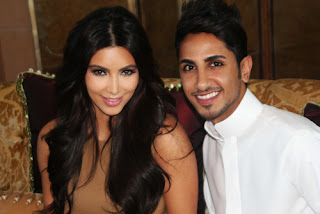 31 year old reality star Kim Kardashian has allegedly caught a big one. After divorcing her husband Kris Humphries a few days after their wedding, Kim is reported to be hooking up with a Saudi Prince. Allegedly, Kim had been together with several members of the Saudi royal family, and some of them gave her their contacts. However, one of them caught Kim’s eye and now they might be meeting up in Paris where they will be attending several fashion events. Kim Kardashian is known for the love of finer things as was witnessed when she stepped into a gym with a $30,000 gym bag. Hooking up with the prince whose family’s worth is over $6 billion, will dwarf her previous marriage financial balance sheet.

Inside CNN’s Anderson Cooper’s House (Photos) < Previous
Prince Harry interested In Katy Perry. Next >
Recommended stories you may like: