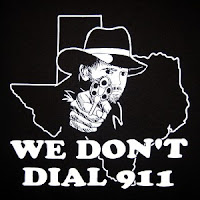 Two men in their late 20s allegedly stole DVDs and computer games from a store in Madison before driving off in their escape car. Throughout their escape in the car, they laughed and joked at how they had gotten away so easy and also discussed which was the best place to sell their loot. Finally they settled on a certain video store and decided to drive to it. For nearly an hour, they did not realized that on of them had pocket-dialed 911.

All that time, the police were listening to their conversation and when the thieves pulled over their car to dispose the goods, they were surrounded. Apparently, the duo had even described their car in their talking and it  was not hard for the cops to spot it.

Akon Signs P-Square, 2Face and Wizkid To Konvict Music. < Previous
Suarez Banned For 8 Matches Next >
Recommended stories you may like: