Mwau Claims His Life’s In Danger 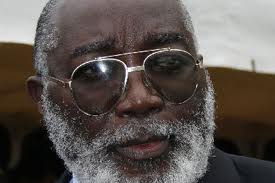 Alleged king of drug peddling who also doubles as Kilome mp, Harun Mwau has sought an assurance over his security over what he claims as possible assassination attempts by the US government.Mwau has reported the observation of suspicious characters, both white and black around his office and home. This follows his mention by Us president Barack Obama as one of the very influential drug peddlers. Bonny Khalwale supported the mp on matters touching on his security recounting how the US government has assassinated those it doesn’t  like. Several mps also rose to show solidarity to the member for Kilome.

Gor Mahia Banned From Supersport < Previous
Is Keri Hilson Coming To Kenya?? Next >
Recommended stories you may like: