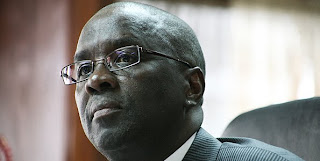 Mps on Wednesday night approved the names of Willy Mutunga,Nancy Baraza and Keriako Tobiko for the posts of Chief Justice, Deputy chief justice and Director of public prosecutions. However more optimism among Kenyans lies with the appointment of Mutunga as Chief Justice. the few times he has appeared on TV, he has struck a no nonsense figure who will not be bent by any political forces. The fact that he is a former fighter for reforms also gives Kenyans a reason to be optimistic. The ball is now in his hand and he has the mandate of working only for the good of the people of Kenya.

Ruto Denys Affair With Emmy Kosgei As Churchill Mentions his Sexcapede story. < Previous
Delilah by Mavado Next >
Recommended stories you may like: