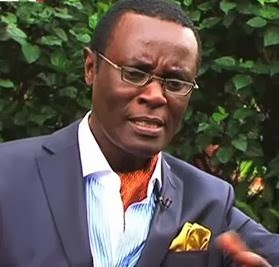 Renowned political scientist, Mutahi Ngunyi, has added his voice on the ongoing debate as to whether President Uhuru should attend his trial at the Hague.

The president has issued signals that he may not step into that ICC building, as it is demeaning of his stature as a head of state.
Foreign Affairs Secretary, Amina Mohammed, seen as the spokesperson of the president in these matters, last week stated that there is no record of any president stepping into a court room, perhaps an indication that Kenyatta will not be the first.

The president also mobilised the support of the African Union, during an extraordinary heads of state summit.

On his Twitter handle, Mutahi on Monday advised the president to attend the hearing. He says failure to that will give the ICC an opportunity to issue an arrest warrant, something he feels has been their plan all along.
However, the political analyst says that Uhuru should not present himself on the day of judgement.

This is probably to protect himself from the consequences of a possible guilty verdict.
If the judges were to pronounce a guilty verdict with President Uhuru in the courtroom, that would certainly be the end of his freedom and presidency…. unless his security somehow manages to sneak him out.

Here were the tweets from Mutahi Ngunyi.

Loading...
PHOTOS – Willis Raburu at CNN HQ < Previous
PHOTOS of Eric Wainaina Without The Dreadlocks Next >
Recommended stories you may like: