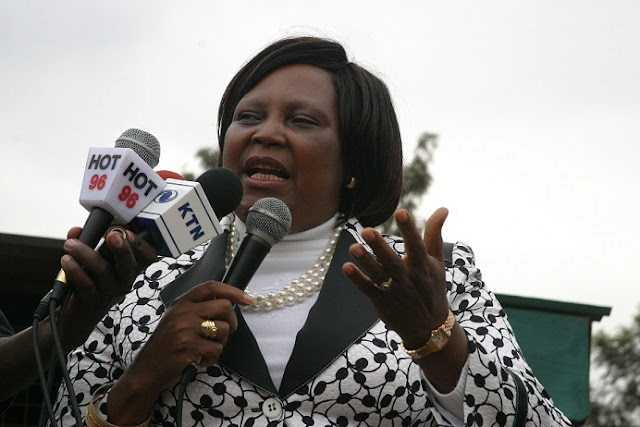 A report appearing on yesterday’s issue of The Star newspaper, particularly the political gossip column ‘ Corridors of Power’, suggested that a female member of the National Assembly has hired a private tutor to help her master the queen’s language.
Apparently, the MP wants to silence those who have been making fun of her not very good English. Keeping with it’s tradition, the paper fails to provide the name of the MP.
This was the post.

One of the new MPs has reportedly hired an English language teacher to teach her the diction and grammar of the language. The MP wants to perfect her mastery of the Queen’s English so that she can silence her critics who have been casting aspersions about her academic qualifications. Her close associates say the MP wants to ensure she is ready and able to wow her critics with her fluent rhetoric and oratory during the debates in the House as well as in other public forums.

Speculation is rife that the female MP being talked about is none other than Othaya legislator Mary Wambui.
During the campaigns, Wambui received considerable media attention, owing to her relationship with the president, and a controversial nomination. During some of her TV appearances, the MP showed lack of mastery of the English language, and was at times the the subject of numerous jokes. It would therefore not be surprising were she to hire a private tutor.
© nairobiwire.com

Loading...
Uhuru Kenyatta The 3rd Most Followed African President on Twitter – Report < Previous
Mutahi Ngunyi Thinks Fidel Odinga Will Replace His Father Raila As Luo Leader Next >
Recommended stories you may like: