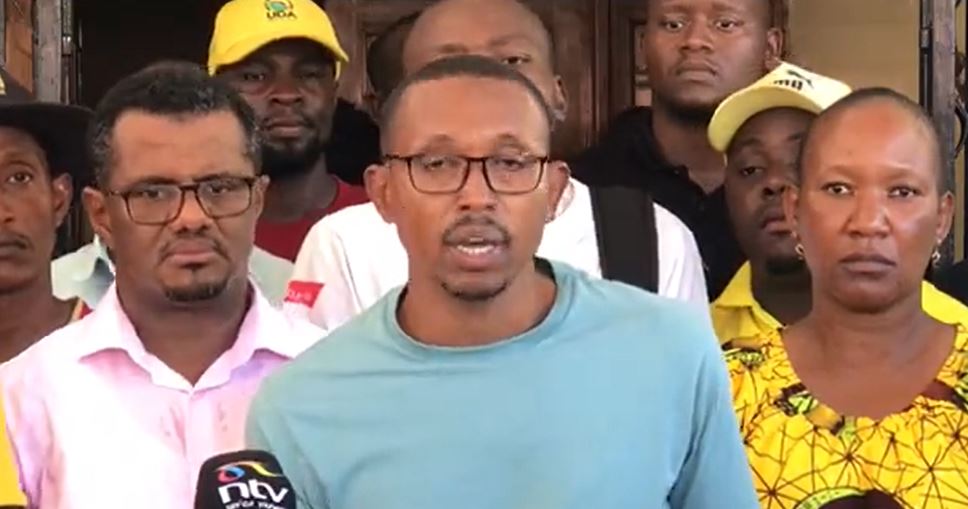 According to the former investigative journalist, it’s illegal to be queer in Kenya, and therefore, LGBTQ rights in Kenya should not be entertained.

“Let us not waste time discussing LQBTQ or whatever name they call it,” the MP tweeted Tuesday.

Moha Jicho Pevu went on to state that God does not like queer people and that they should be jailed.

“It’s illegal, God doesn’t like it and we should not entertain it. On this one Democracy my foot! Jail them,” he wrote. 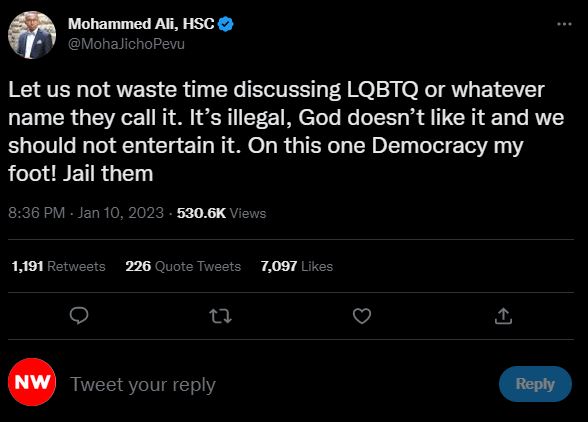 It is worth noting that it is not illegal to identify as gay, bi-sexual, transgender to queer in Kenya. The law only criminalizes consensual gay sex as “against the order of nature,” with those caught facing up to 14 years in prison.

While arrests under the law are rare, activists say the colonial-era law enables homophobia, and expose members of L.G.B.T.Q. communities to discrimination, blackmail, and extortion.

Moha’s sentiments came as LGBTQ activists warned leaders and the media against using rhetoric that was hateful and homophobic.

“Homophobic and hate-based rhetoric by leaders and sensationalisation of Edwin Chiloba’s murder by the media only serves to incite violence against queer Kenyans,” they said on Tuesday.

Everything Trending in Nairobi This Thursday < Previous
HILARIOUS Reactions After Kenyans Told To Leave Parents’ House By 25 Next >
Recommended stories you may like: