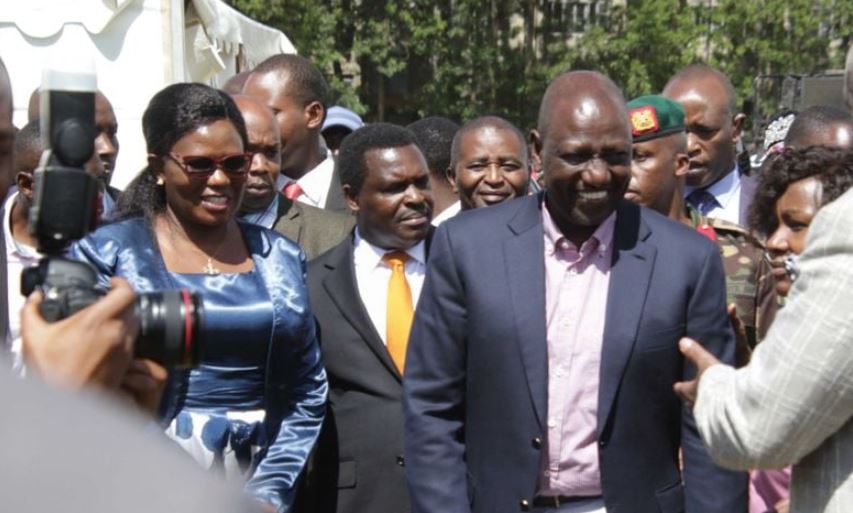 Underfire Meru Governor Kawira Mwangaza has called on President William Ruto to intervene in her row with county MCAs.

During an interdenominational prayer meeting at Embu University on Sunday, Governor Mwangaza appealed to Ruto to broker a peace deal between her and the MCAs.

“The Bible says that blessed are the peace-makers for they shall be called children of God…I pray that the President is inspired by God to broker peace in Meru County,” she said.

This comes amid reports that a fresh impeachment motion against Mwangaza is looming.

MCAs are reportedly planning to table an impeachment motion in the county assembly this week after the High Court stopped debate on the first motion.

The fresh motion is said to be ready and a notice will be given on Tuesday or Wednesday.

“I cannot confirm or deny that a fresh motion has been drafted. We obeyed the court order that stopped the debate. Let us see how things turn out this week,” Majority leader Evans Mawira said.

The ward reps have vowed not to go on recess until they dispense of the impeachment motion.

“The governor has been trying to reach out for a truce but the differences we have with the her are irreconcilable therefore we have no room for dialogue. The court ruling has guided us on how to better undertake the impeachment process. We are undeterred,” said an MCA who spoke on condition of anonymity.

“Meru is a very important county to us and we wouldn’t want feuds to stall development. We are glad that leaders in Embu and Tharaka Nithi are working as a team,” Gachagua said.

CRAZY – The Funny Memes Going Viral on Social Media < Previous
Peter Salasya To Introduce Motion After Nearly Drowning In Juba Swimming Pool Next >
Recommended stories you may like: