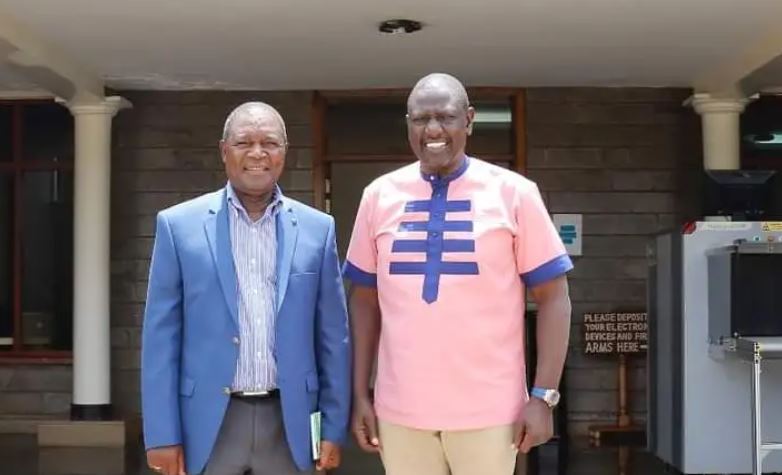 Any person who intends to take a personal loan, start a business, or is in a business whose turnover does not exceed Ksh100 million will be eligible to borrow from the Hustler Fund, the National Treasury says in draft regulations.

The Public Finance Management (Financial Inclusion Fund) Regulations 2022, published by Treasury Cabinet Secretary Njuguna Ndung’u, also notes borrowers should be aged 18 and above, hold a Kenyan national identification card and must fulfill any other conditions as may be determined by the Board.

Further, the proposed regulations provide that borrowers who fail to give information or falsify information while applying for the Hustler funds will be liable to a Ksh10 million fine or a prison term of five years.

The same penalties apply to those found guilty of offences related to misappropriation of the Hustler Fund.

The Hustler Fund regulations also stipulate that borrowers with poor credit scores will be charged higher interest and face penalties, while those who service their loans on time will have the advantage of lower rates.

The regulations will be cited as the Public Finance Management (Financial Inclusion Fund) Regulations, 2022.

In a legal notice, the CS said, “There is established a Fund to be known as the Financial Inclusion Fund. The Fund shall consist of monies appropriated by the National Assembly for the purposes of the Fund, income generated from the proceeds of the Fund in form of interest and other charges such as penalties, income from investments made by the Fund, grants, donations, bequests or other gifts made to the Fund and monies from any other source approved by the Cabinet Secretary.”

The Hustler Fund will be managed by the Board of the Financial Inclusion Fund. The Board will have the power to set conditions for access and rates for borrowers using a credit scoring framework.

The board will be tasked with developing policies to guide savings for borrowers, the eligibility criteria, online application procedure, approval, disbursement and repayment of loans.

The membership of the board will include a non-executive chairperson appointed by the President, Treasury Principal Secretary, Micro, Small and Medium Enterprises PS and the Attorney General.

The Fund will be administered by a Chief Executive Officer who will be appointed by the Treasury CS.

The maximum capital of the Financial Inclusion Fund to be appropriated by the National Assembly shall be Ksh 50 billion shillings.

The proposed regulations are subject to public participation before becoming law. They will be presented to Parliament for scrutiny by the National Assembly Committee on Delegated Legislation chaired by Ainabkoi MP Samuel Chepkonga.

“The National Treasury has organised physical regional Town Hall meetings, to receive from members of the public any comments or inputs or memoranda they may have on the said Regulations”.

Muia has asked the Ministry of Interior to liaise with County administrators to open town halls for the event on time as well as organise the groups for public participation.

“Invite all County Commissioners to attend as well as mobilise targeted groups and members of the public,” he directed.

“Detail the respective County Commissioners in the hosting counties to officially open the Town Hall public consultations meetings on the dates.”

Sakaja: We Will Not Allow Hawking, Living on Nairobi’s Footbridges < Previous
When Vera Sidika Plans To Wed Brown Mauzo Next >
Recommended stories you may like: