WOMANTALK: We Lost Our Breasts But Not Our Lives

As the world marks breast cancer awareness month this October, three cancer survivors share their stories before and after losing their breasts through mastectomy. 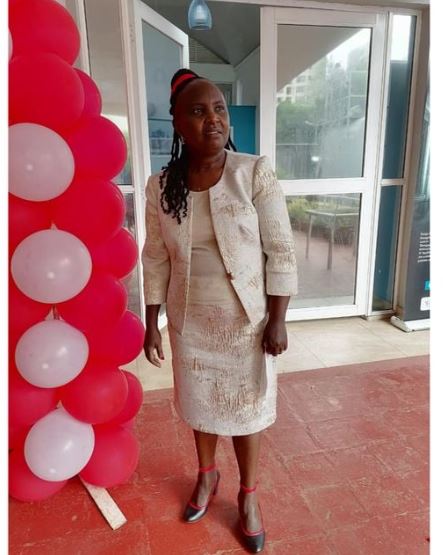 “To tell you about my life after diagnosis, it has to start from the beginning. The person I was before I read that biopsy test results that showed I had breast cancer.

I was a self-confident, vibrant woman who was upbeat about life and loved my high heels. This is not to say that I am far from who I was but it is easy to forget all about this when you have gone through a terrible experience like this.

In early 2016, I noted that one of my breasts was bigger than the other and the lymph nodes on the left armpit had swollen. I shared this with a friend and she encouraged me to seek medical attention.

From one, “let’s investigate further” to referrals, I kept my family─ husband and children in the dark. The moment I received the results, my mind went hazy. I could barely comprehend anything. I informed my husband the following day and the treatment process began. I had decided not to inform my children until I was prepared but they got to know anyway.

I cried when the doctor told me that I had to undergo a mastectomy of the left breast to save my life.  I had not met anyone without any of their breasts before. I opted not to go the reconstruction route because that would mean having two wounds to take care of.

Immediately after the mastectomy, I was relieved that I would go back to my old life. It didn’t matter how I looked as long as I was getting better. During my hospital stay in India, I met with dozens of Kenyan women who were going through the same medical procedure. I wear my prosthetics at home and only remove them in the absence of guests.

In part, what kept me going was encouragement from other cancer survivors. Now, I spread awareness of breast cancer and ensure that I give hope to people who have been diagnosed with the condition. Many people die because of stigma as it is partly a battle of the mind. I encourage people to eat a healthy diet.” 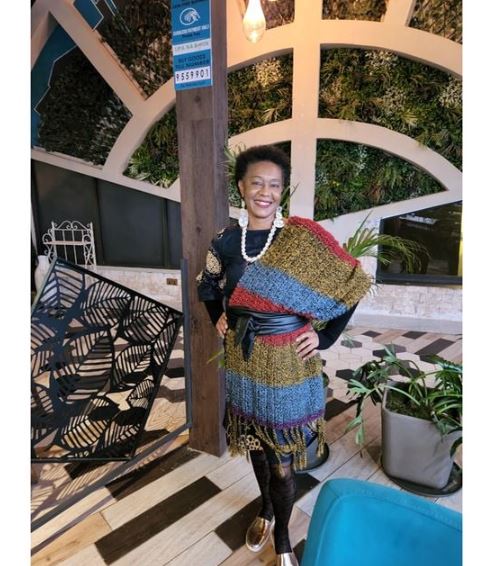 “Before I was diagnosed with breast cancer in 2020, I was fit as a fiddle. It is actually interesting how I got into this journey that saw me lose my right breast in June last year ─ my birth month.

Picture this, a free cancer screening call is sent to our family WhatsApp group by one of my siblings and she rallies all of us to go. On the material day, it’s only I who manages to go and I would be the one to gather them later with the news.

Did I go because I sensed that something was wrong with me? Absolutely, not. It was a decision on a whim.

In hindsight, though, I had a sore arm which I assumed was a sprain from a minor fall a few months before.

After multiple tests, the news that I had malignant breast cancer came weeks to Christmas day and I thought to myself, “Why spoil it for everyone?”  I decided to keep it to myself until I was ready. The very idea of having breast cancer then felt like I was being handed a death sentence. It was extremely overwhelming, almost unbelievable. I was thinking, “is this how everything ends for me?”

At that point, all I knew was that I had cancer but I had no idea how far gone it was. In early 2021, I learnt that I had invasive ductal carcinoma. It had already metastasized to my lymph nodes under my right hand. The disease was at stage four.

I remember asking the doctor, “Is there another stage?” During one of those quests for answers and treatment plans, palliative care was suggested by one doctor but another specialist encouraged me to fight on. I am happy that I decided not to soldier on.

But, chemotherapy is tough. You see yourself withering away before your very own eyes. Any small thing can take you down. Humour and support from my family were the glue that held together my life during this tumultuous season. I would never wish this experience on anyone.

Along that journey, which involved many tests and consultations, it was discovered that I had a different type of cancer. For ductal carcinoma type of cancer, removal of the breast was the only way to save my life.

I said, “Take it away. Even if it means losing both, I am ready.”  I enjoyed having them and I was quite endowed but what did I need them for when my health was at risk?

I wanted them out so I don’t feel a sense of loss in that sense.  In fact, most of the time, I don’t even wear a prosthetic bra. I say this with pride because there was a time I couldn’t speak about it. For the whole of last year, I couldn’t utter the word because it felt like I was giving it life. I hadn’t even told my daughter who was studying away because I wanted to tell her in person and for her to see that I was doing okay. For her, I refused to let death hamper my life.

I have obviously lost a bit of weight and the medications I take have introduced new challenges like I’m now managing diabetes. But on the brighter side, my hair has since grown back ─stronger and better. Also, I am back to active work, dancing Zumba and doing yoga every Monday. In fact, I speed walked a five km walk in September this year and raised funds in favour of childhood cancer sponsored by the Faraja Cancer Centre.

This year, I had another CT scan and since August, I am fully in remission, which doesn’t happen often with stage 4 cancer.

As someone who discovered the disease by chance, I encourage women to screen at least once a year. It could save your life!” 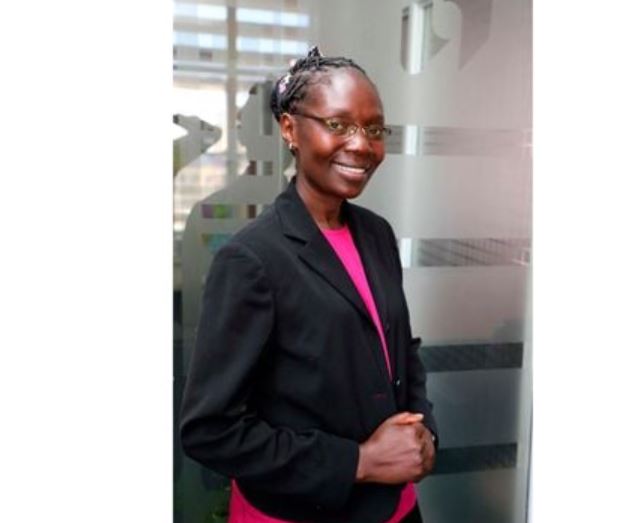 “One morning, I woke up with a swollen face not knowing that would be the beginning of my battle with cancer. I had no idea until I first felt a growth on my right armpit in 2018.

Another one grew next to the first one. Soon a third one appeared just under the right breast. Then the three of them joined together and became one big, hard and heavy block. It was not painful but very itchy. I knew it was time for me to head to a facility to be checked.

It became harder for me to place my right arm on the side. I decided to visit a private hospital in Nairobi where I underwent a fine needle assignment and a mammogram. When the results came back three days later, they showed that the growth was not cancerous. Yet, I was not satisfied with the diagnosis since I generally still felt unwell.

I travelled upcountry to my rural home in Kisumu and ended up visiting a government facility. When the nurse saw the growth, she was shocked. She did not even do a check-up and took me straight to the oncologist. I didn’t even know who an oncologist was. That is when it dawned on me that we were going to the cancer centre. I had really tried to ignore the idea of it being cancer.

Being a government facility, the doctor was not there on that Thursday and oncology clinics were scheduled for Tuesdays. I sat next to another patient who was coming to see the same doctor as I waited for feedback. I overheard her chatting with the said doctor via phone, who told her he would be in his private facility nearby in a few minutes.

The lady told me that I could tag along as long as I did not reveal that she was the one who led me there. I followed her to the clinic. I got in and paid the Sh2500 consultation fee. When I was called into the doctor’s office, he examined me and asked, “Why did you come this late?”

I gave the excuse that I did not have enough money. Deep down, it was the fear of the unknown and especially, the truth that kept me from finding out.

He requested that I get a biopsy done. That was the first time I heard that term.

After a few nerve-wracking days, I went back for my results. The doctor tried to evade the topic by asking me about my life. He finally broke it to me that I had Stage 3B Breast Cancer.

The realisation kicked in when I was told that I needed blood transfusion to get started on chemotherapy sessions. I had to travel from Kisumu to Eldoret and stay with a friend for a while.

Soon the effects of cancer such as hair loss became a topic of discussion with the doctors. I refused to cut my hair because it was so long but by the end of the second chemotherapy session, my hair started falling off. The texture of my hair changed. I travelled to Homabay to visit my sister-in-law who shaved my hair.

After 14 chemotherapy sessions, the growth reduced in size but was still too big to be removed. That is when the doctors asked me to consider a mastectomy of my right breast.

During my treatment, I met a third-year student who was battling bone cancer. We met again after three weeks and I noticed that his leg had been amputated. It helped me gain the courage and boldness to proceed with the mastectomy.

I started reading widely on how to cope with the sudden changes. I got to learn that even if I wanted to have children there was a possibility of nursing them without breastfeeding. I also read stories of ladies who got both their breasts removed.

Having a mastectomy meant that I could have another chance at life. I, unfortunately, got to witness the demise of a friend who refused to have a mastectomy which led to the cancer spreading faster.

On the first day after the surgery, I touched myself and realised that I was flat-chested on one side. Then I remembered that they removed my breast. This was my new normal.

With this new life came a new cost that I had not expected – prosthetic bras. Survivors are immediately faced with the question of where they can get these special bras. That is why support groups are important. I got my first one from a friend. Most prosthetic bras start from Sh10,000 upto Sh20,000. The bigger the bra size, the more expensive it is.

You become very self-conscious. I remember one time when I went to the salon. The hairdresser asked me to bend over a bucket so that she could rinse my hair. The prosthetic boob fell into the water! I just took it out, wiped it and put it back. I laugh about it now even as I battle stage 4 cancer.

Such experiences are part of the reasons why I became a facilitator in a global cancer advocacy program called ‘A Fresh Chapter’.

We pick up where the doctors leave patients – shocked, scared and not knowing what to do next. Patients struggle to deal with their emotions after the doctor breaks the bad news.”