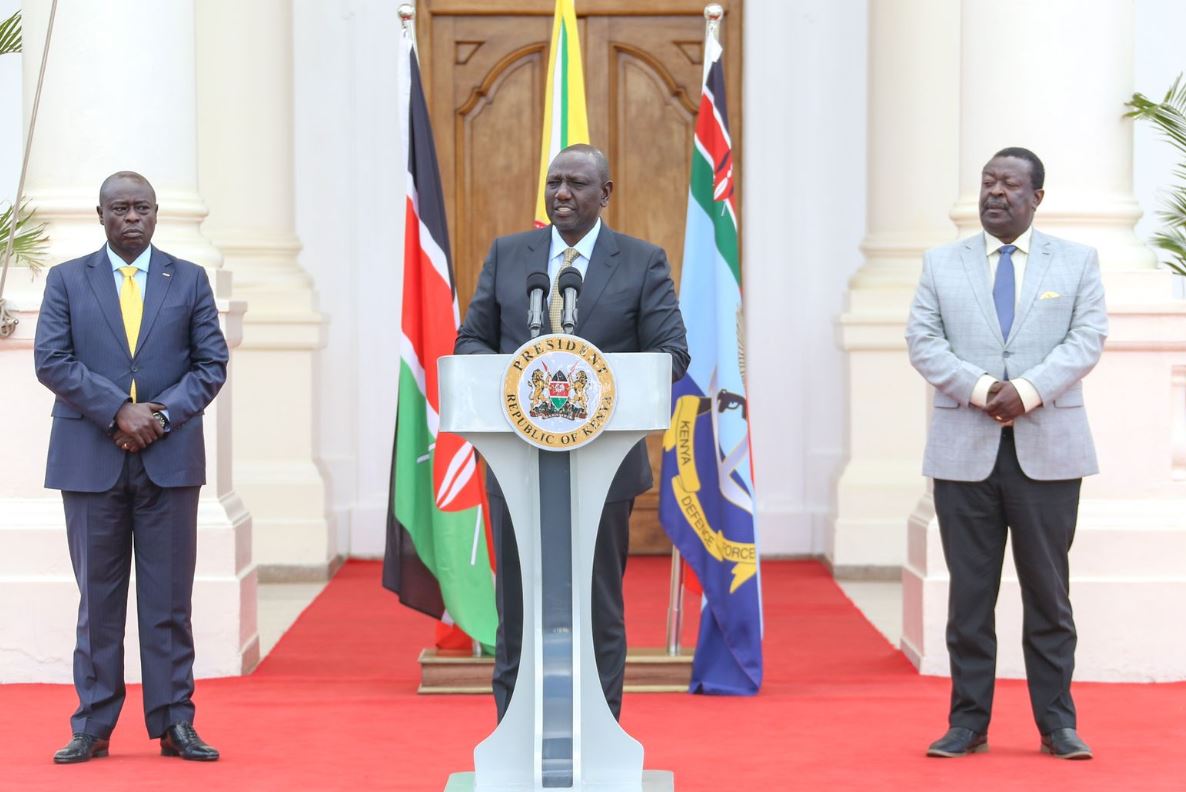 On 27th September 2022, President Ruto read a list of 21 nominees for the positions of Cabinet Secretaries, which included 10 women and 11 men, and a mixture of politicians and technocrats.

The much awaited announcement provided a sneak peek into the ideology and decision making process of the new president and his government.

For a man who has been described as an excellent politician and manager, going as far as being credited as the engine and brains behind the successes of the Jubilee government, the announcement revealed his strengths and weaknesses.

It illustrated his above average political capabilities and elaborate management deficiencies.

To gauge his capabilities, we would have to consider two important factors that should be applied when nominating individuals for positions of cabinet secretaries: political implications of the appointments and the management capabilities of the proposed individuals.

Considering political implications of the nominees is quite easy: one would consider the influence of the individuals locally and the regions they represent.

After all, even the constitution demands that the cabinet should be a representation of the entire country, in terms of tribe and regional backgrounds.

This framework will be used to consider the political implications of the nominees with respect to the 2027 elections, including how they will help the president retain his seat and possibly earn him new constituents.

The management capabilities of the individuals will be evaluated by their educational backgrounds, experience, and ability to implement the president’s policy effectively, which will involve inspiring and motivating those who will be serving under them.

Political Effectiveness of the Nominees ahead of the 2027 Elections

World over, cabinet and parliamentary nominations, including in the upper and lower houses are used to reward party loyalists and possibly win new allies.

Therefore, it was expected that the new cabinet would include those who went to the trenches with the president to clinch the presidency in 2022.

Appointing Aisha Jumwa and Salim Mvurya for the CS positions in the ministries of public service and gender, and Mining, Blue Economy and Maritime Affairs respectively was also a good political move.

He appointed Professor Kindiki as CS for interior, Alice Wahome for Water, Mithika Linturi for Agriculture, and Moses Kuria for trade. All these nominees helped him topple former president Kenyatta as the region’s leader and will help Ruto maintain it as his stronghold ahead of the 2027 presidential elections.

The president also made the right nominations to maintain his hold in the Rift Valley region.

Appointing Alfred Mutua and Penina Malonza as CSs for foreign affairs and tourism was also a good political move.

They will help him win over votes from the lower Eastern region, which largely voted for the wiper party, ahead of the 2027 general elections. Considering that the president won with less than 200, 000 votes, these votes will be crucial no matter how little they are.

The larger Western and Nyanza region was also adequately rewarded for splitting the vote between the president and the Azimio opposition leader.

The president appointed Mudavadi as Prime Minister, Ababu Namwamba as CS for Sports, and Susan Wafula as CS for health.

Therefore, appointing these individuals in cabinet was a good political move. However, was it the right management call?

Some of the CSs do not have the education background, management experience, or technical expertise to effectively manage their respective ministries.

In other instances, some CS’s would have been better placed in other ministries instead of the ones they were nominated for.

Professor Kindiki – Although the professor has leadership qualities, it is likely the ministry for interior will be a tall order for him. Most of the people who have succeeded in it had strong personalities; former CS’s included Saitoti, Nkaisery, and Matiangi.

Leaders with soft personalities, such as Ole Lenku did not perform so well. Therefore, the professor’s soft personality and lack of firmness may play against him.

Prof Njuguna Ndung’u – this was an excellent choice for that position.

The 8th governor of the Central Bank of Kenya and professor of economics has what it takes to succeed in the position. On this appointment, the president made an excellent choice.

Aisha Jumwa – the prolific leader and orator from the coast does not have the management experience or skills required to run the ministry for public service.

Her qualification is a certificate in county governance from JKUAT in 2022. She has never headed any organization or led any parliamentary committee.

Therefore, her leadership capability is untested; her appointment was not such a good decision considering the ministry.

An appointment in the ministry of sports and heritage would have been the best decision.

Alice Wahome – the appointment of the lawyer from Kandara also not well considered. Since she has the leadership experience in leading various law related parliamentary committees, she would have served better in the ministry of labor and social protection.

There, she could have used her law experience to negotiate collective bargaining agreements and arbitrating strikes in the labor industry. That would have been the right ministry for her.

Rebecca Miano – the nomination of the current MD of KenGen to the ministry of EAC was also not well informed.

The MD has experience running one of the major energy companies in the country.

Therefore, you would expect the president to appoint her in the ministry of energy instead of the EAC. After all, she knows the inner workings of the energy industry, including the bottle necks and possible solutions.

The president should have considered the individuals professional backgrounds and experiences to determine the best positions for them within the cabinet.

The cabinet appointments made by the president provided a deep insight into his political and management capabilities.

Politically, he excelled by appointing his lieutenants to cabinet; they will come in handy in the 2027 general elections.

The ability to hire the right people and place them in the right positions is one of the indicators of an excellent manager.

On this front, the president failed.

Githae Mwangi is a political and current affairs commentator.

Quick Way To Check If Your Cooking Oil is Fit For Consumption < Previous
DP Gachagua Warns: Underperforming Envoys Will Be Recalled Home to Start Faming Next >
Recommended stories you may like: