Ruto – Prices of Unga, Fertiliser To Drop This Week 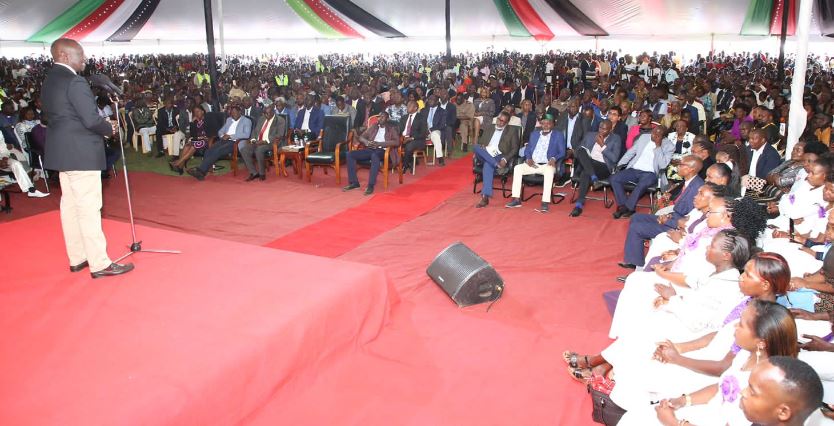 President William Ruto has vowed to reduce the prices of Unga(Maize meal) and fertilizer once he is sworn into office on Tuesday, September 13, 2022.

Speaking during a thanksgiving service at Maua Stadium in Meru County on Sunday, Dr Ruto said he will reform the agriculture sector with a view to reducing the cost of living.

“I have spoken to the representatives from the Ministry of Agriculture and I will announce new fertilizer prices. We start the journey of reforming the agriculture sector next week so as to change the cost of living in Kenya,” said Ruto.

The president-elect at the same time promised miraa farmers in Meru that he will crack the whip on cartels in the sector.

“On miraa, I have a meeting with Somalia president this week. He is supposed to come to see me. We will discuss your miraa market. Don’t worry about that business, the cartels should not scare you. You have given me the cane, I will flog them.

“Once I put my Bible down on Tuesday, it will be against them. If there is anyone here who knows any of the cartels, warn them early enough. Give them notice, that I have said am coming for them,” said Ruto.

Ruto also assured his supporters in Meru that his government will accommodate his die-hard allies who lost in the August 9 polls.

“We agreed that if I win this presidency, Mithika Linturi will have a part in my government so that if I move, he can grab a seat. Don’t worry, he is our hero and others who lost and will be absorbed in the government,” said Ruto.

Matiang’i Lists His Achievements in Farewell Message to Kenyans < Previous
Factors to Consider When Choosing the Right Gaming Site Next >
Recommended stories you may like: