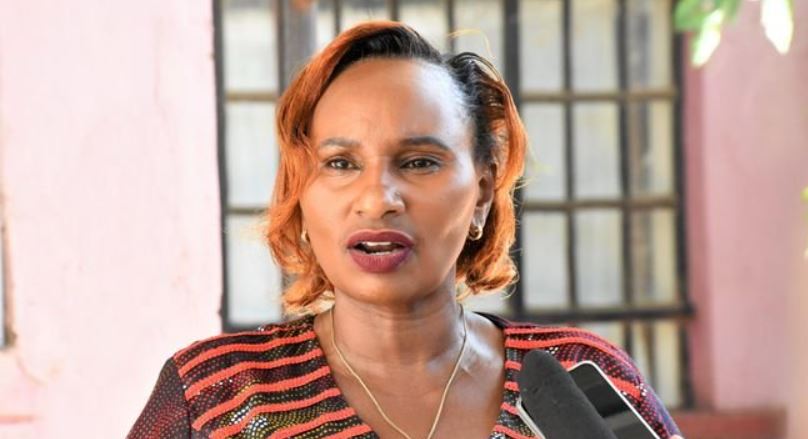 Florence Kajuju, the chairperson of the Commission on Administrative Justice (Office of the Ombudsman), answers questions from the Kenyan public.

How does the Supreme Court verdict that said decisions of the Ombudsman are not binding to public bodies affect the mandate and role of the commission? Andrew Maranga Ratemo, Nairobi

The CAJ has adopted a variety of approaches to minimise any negative impact. The first is based on the understating that the Supreme Court restated the position of the law on recommendations made by the commission under Section 8(g) of the Commission on Administrative Justice Act (CAJ Act). The section provides that the commission can recommend compensation or other appropriate remedies against persons or bodies to which the Act applies and thus not necessarily affecting other provisions of the Act.

Further, under Section 42 (4), the Act states that if there is a failure or refusal to implement the recommendations of the commission within the specified time, the commission may prepare and submit to the National Assembly a report for appropriate action. The commission has further recourse as provided under Section 20 (b) and (c) of the CAJ regulations of compelling compliance by declaring a respondent to be a person ineligible to hold a state or public office or enter the name of the respondent in the Commission’s Citation Register.

The second approach adopted is through the use of existing frameworks on compliance, including performance contracting that enhances public entities compliance with the commission’s mandate.

Being aware of the impact of the judgment, the commission has engaged Parliament to initiate appropriate amendments to the CAJ Act to bring clarity on its decisions.

Kindly educate me on the deliverables of CAJ and what are your achievements so far? Jonah Omuyoma, Kisumu

The commission is empowered to, among other things, investigate any conduct in state affairs or any act or omission in public administration in any sphere of government and complaints of abuse of power, unfair treatment and manifest injustice or unlawful, oppressive, unfair or unresponsive official conduct. Additionally, the commission has a quasi-judicial mandate to deal with mal-administration and to adjudicate on matters relating to administrative justice.

Since its establishment, the commission has dispensed and upheld administrative justice through timely resolution of complaints against public institutions on maladministration and determination of application for review on access to information.

Some of the high-profile cases the commission has successfully handled include reversal of title deeds of two plots worth Sh100 million to a widow whose land had been grabbed by a Senior Kiambu County official. We have helped recover grabbed public land, assisted pensioners access their dues; we have secured release of title deeds/allotment letters and we have intervened in cases where public officers have been unfairly dismissed.

EACC is sometimes very slow in its investigations, which then compromises the delivery of justice. A case in point is where the EACC has held a file of a contractor for the last seven years on grounds that they are investigating the procurement process. What role, if any, can CAJ play to resolve such cases? Jonah Omuyoma, Kisumu

Article 232 of the constitution on the values and principles of public service envisages a people-centred approach in service delivery. It obligates every public institution to effectively and efficiently discharge its responsibilities in a timely and expeditious manner. On the EACC matter, the commission expects that the institution has internal guidelines on how to process matters before it.

On our part, the law that establishes the commission in Section 30 of CAJ Act, 2011, limits its powers in intervening in “any matter for the time being under investigation by any other person or commission established under the constitution or any other written law.”

The Judiciary recently rolled out the Alternative Justice System Policy to encourage Kenyans settle matters out of court through mediation and arbitration. How do you plan to support this move? Dan Murugu, Nakuru City

What the Judiciary has done is long overdue. By their very nature, ombudsman institutions are supposed to promote dialogue and amicable resolution of disputes to achieve a win-win outcome for parties involved and to do so expeditiously and cost-effectively.

Indeed, the commission is a member of two peer groupings: the African Ombudsman and Mediators Association (AOMA) where I have served as the secretary-general since 2018 and the International Ombudsman Institute (IOI) where I serve as the President of the African Region.

Unfortunately, alternative dispute resolution (ADR) mechanisms have not been widely accepted by Kenyans as an effective means of resolving complaints. Some parties to a dispute including non-justiciable disputes, still resort to seeking judicial interventions even when ADR is readily available. We have been sensitising public officers and the general public on the availability of ADR as a first step towards resolving disputes before approaching the courts.

My case No. 022/2069 registered at your office has not been resolved for over a year now. I gave out all documents regarding the expansion of Iten-Kapsowar Road. All persons whose properties were affected have not been compensated. What became of my case? Ronnie Kibet, Elgeyo Marakwet

The commission undertook an inquiry on the complaint on January 18, 2021, and forwarded it to the National Land Commission (NLC) for response and action. Various correspondences have been shared with NLC on diverse dates, including May 26, 2021 and August 3, 2021 all of which were copied to Mr Ronnie Kibet.

NLC informed the commission that your case is before their valuation and taxation directorate for consideration. The commission is following up and will keep you updated.

Suggestion boxes in public institutions seem to exist for public relations or to fulfil requirements as dictated by performance contracting obligations. How can they be made effective? Komen Moris, Eldoret

The commission is the champion of these initiatives to give an opportunity to the public to give their feedback on service delivery issues they may encounter in public offices. To ensure that the complaints management infrastructure works, we have ensured every public institution has a Public Complaints Resolution and Access to Information Committee in place. This is the committee charged with the responsibility to manage suggestion boxes, document any complaints, resolve them and submit quarterly reports to the commission as part of their performance contracting obligations.

Why are there delays in addressing issues brought before you by citizens? Komen Moris, Eldoret

Lack of cooperation by some public institutions and officers affects the turnaround time for resolution of complaints. To improve on complaints resolution turn-around time, the commission recently developed and launched a public portal Complaints Management Information System (CMIS) to enable citizens file their complaints remotely. We believe this will improve how we serve the people and ultimately speed up resolution of their matters.

Six years after access to information law was enacted, implementation still remains a challenge. What should be done? Kelvin Mworia, Mombasa

Since the enactment of the Access to Information Law in 2016, the commission has made tremendous progress in its oversight and enforcement role as espoused in the Act. In addition to setting up a department on Access to Information, the commission has to date successfully reviewed over 500 applications by the public, of which over 90 per cent have resulted in the provision of the information sought.

Indeed, there are challenges in the implementation of the Act, chief of which is the ingrained culture of secrecy and the lack of regulations which should operationalise the law. To mitigate this, the commission has, through a consultative process spearheaded the drafting of the Access to Information (General) regulations 2022, which are currently pending enactment.

With respect to the contracts like that of the standard gauge railway, the High Court has recently pronounced itself on the matter. This, barring a differing appeal decision, has given cogent jurisprudential direction thus the government is bound to obey.

CRAZY – The Funny Memes Going Viral on Social Media < Previous
How to Use Leverage in Forex Trading Next >
Recommended stories you may like: