Kimilili Member of Parliament Didmus Barasa says police should arrest Raila Odinga first before going after him for using a government vehicle in his campaigns.

According to the firebrand politician, the ODM leader has been using 22 gov’t vehicles in his campaigns. Barasa argued that while he is an elected Member of Parliament, Raila is not and he is, therefore, a criminal who should be put behind bars.

“Those who are saying I made a mistake by using CDF vehicle should be informed that I’m an elected Member of Parliament. Raila has not been elected, he swore himself in, he is a criminal and he is using 22 government vehicles.

“Before you arrest this son (Barasa) of a widow, you should arrest Raila first,” Barasa said.

He spoke Thursday at a political rally in Western Kenya.

Police have since questioned Barasa after they impounded a Constituency Development Fund (CDF) vehicle which the MP had branded with United Democratic Alliance (UDA) colours. He is also said to have changed its number plate. 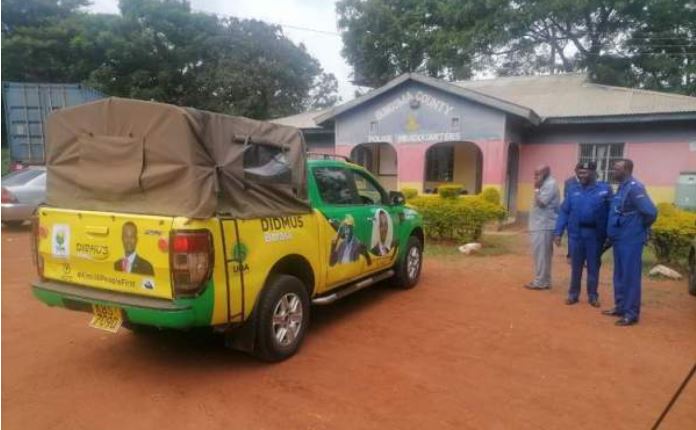 Accompanied by his lawyers, Barasa presented himself to the Bungoma Directorate of Criminal Investigations offices. He was grilled for about two hours and released awaiting his day in court.

Police said they would send the file to the Office of the Director of Public Prosecution with recommendations to charge the MP with forgery and other offences.

President Kenyatta Urges Kenyans To Be Ambassadors Of Peace And Unity As Election Approaches < Previous
All The Trending Memes and Tweets This Friday Next >
Recommended stories you may like: