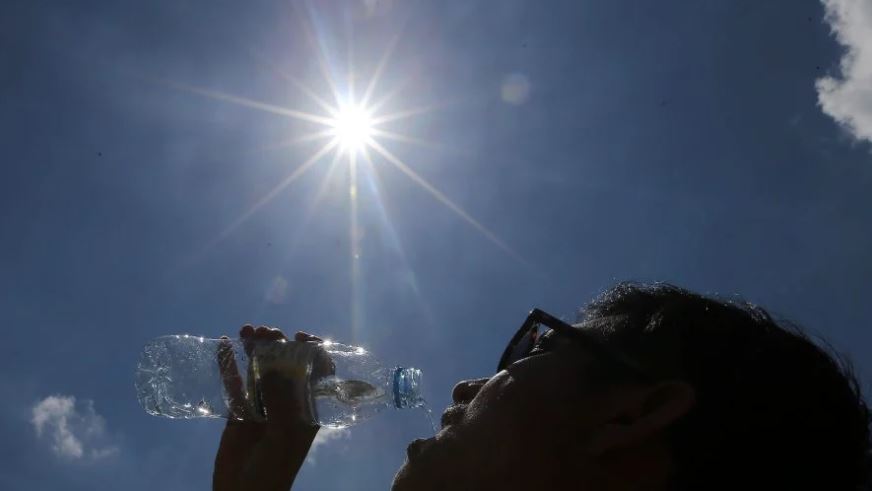 For some weeks now, Kenyans have been experiencing unusually hot temperatures, especially during the afternoon and nighttime.

Some Kenyans, especially in Nairobi, have been taking to social media to lament the lack of proper sleep due to the excessive heat. Others have been racking their brains trying to explain why this might be happening.

“Why is Nairobi so hot??? Could it be because the China Road and Bridge Corporation had to bring down more than 2,500 trees in order to construct the Nairobi Expressway? The company needs to plant at least ten trees for every one that fell to compensate for the deforestation,” one Twitter user, Juliet Atellah, wrote.

“It has been freaking hot and I suspect global warming. I cannot put on any cloth in this situation, I wake up soaked in sweat,” Whitney posted on Facebook.

Evangelista-Heart tweeted: “About to take my third shower of the day Nairobi is so hot damnn!”

The Kenya Metrological Department has now come out to explain the phenomenon behind the scorching heat.

“We have been experiencing the excessive heat at night because the atmosphere is becoming so unstable, especially during the afternoon,” said Mr David Koross, Assistant Director Forecasting at the Kenya Metrological Department.

According to the weatherman, the clear sky has caused the weather to be dry which increases the moisture content.

“This is caused by a rapid increase in water vapour which is trapping the outgoing longwave radiation of temperature. This means instead of the temperatures escaping, they are retained within the atmosphere,” said Koross.

He noted this is one of the signs that is used to predict the onset of long rains.

“As we speak I can confirm that when we experience such situations accompanied by the chaotic winds, it is an indication of the onset of long rains. By today afternoon, we shall start to experience some showers and thunderstorms in counties like Nairobi, Central region, Machakos and Western region,” he said.

Koross said Kenyans have no reason to worry because this happens every time before the onset of rains especially when the weather has been so dry for a long time with a clear sky.

Meanwhile, the Met. Dept has advised Kenyans to brace for heavy rainfall in most parts of the country between the months of April and May.

Nairobi Gubernatorial Candidate Agnes Kagure Leads Defectors To Jubilee < Previous
This is What’s Trending on Social Media Today Next >
Recommended stories you may like: