One on One With the New Jubilee Secretary-general Jeremiah Kioni 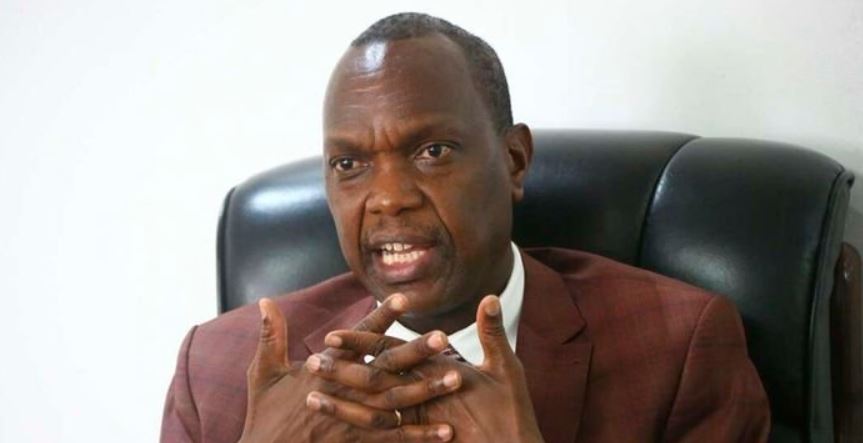 Jeremiah Kioni is the new secretary-general of Jubilee Party.

In his first interview as SG of the ruling party, Kioni spoke to Saturday Nation about the plans of the outfit, the exodus, when they expect to end UDA’s influence in Mt Kenya, Raila Odinga’s candidature and the fallout between President Kenyatta and his deputy William Ruto.

As the new secretary-general, what is your immediate plan for the party?

Our plan as the August elections draw closer is to have the numbers. We want a party that has numbers on the floor of both Houses so that any government will consult us from time to time. This will enable us to engage the government of the day in a structured manner.

We want to ensure the party is back into the national limelight and is able to articulate its achievements. We also want to ensure that we are actively involved in the activities in constituencies. We are basically reactivating services across the country.

What will you do differently?

The party will be available to everyone, especially at the branch level so that members can easily consult us. We will go to the branch level and rural areas physically to meet the people. What is important to us is that we are climbing the mountain and those who claimed to have climbed it are now coming down.

It is just a matter of time before things change. In fact, by May, Jubilee will be ahead in Mt Kenya. I’m keen on nurturing new leaders in the party; we want young people to have a pathway to leadership.

Was Tuju, your predecessor, forced out of Jubilee?

He spoke for himself and said that he wants to engage in other things after successfully serving the party for a number of years.

Majority of MPs elected on Jubilee ticket have since decamped to DP William Ruto’s UDA. Does this worry you?

The defections are an opportunity to identify new leaders, especially in Mt Kenya. It is an opportunity for us to get leaders with a different culture. Right now we have people who have left us engaging in name-calling.

We want people who are able to persuade voters in a decent manner even if we hold a different view. We have many people who are aspiring to be governors, senators, MPs and MCAs, who are seeking the party’s ticket.

When did the rain start beating Jubilee?

This party has not been beaten by the rain; look at the scorecard, we were able to demonstrate in Sagana the many projects we have done. We would not be able to achieve that much if we spent our time politicking. If we had given attention to the utterances by DP Ruto, we would not have been able to deliver.

How did the President lose his political backyard?

Who says he has lost it? It is the same people who are bitter with us. If they had the confidence that the President had lost control of his backyard, they would not be making the many trips there. You will see in the coming days that they thought they had made forays, but things will change.

Why do you think the DP has continued to stay in government despite his constant attacks on the president and his defecting to UDA?

He wants to be kicked out because he is a specialist in seeking sympathy. We will not kick him out because that may destabilise the country. The President has a clear mind on this and he does not want anything that will stop him from delivering on what he promised Kenyans.

The deputy president has continuously been in the disruptive corner, literally throwing words at the President, who is his boss. It was his scheme to disrupt the party and make it collapse and ensure that no one wants to associate with it.

If that would have succeeded, his plan was to have everything that Jubilee had in UDA but with the calmness of the President, he was allowed to imagine that he is alone in the political field. But now it is clear that there is not only a political vehicle competing with him but will overtake him in all the regions that Jubilee had in 2017. They will all be reclaimed.

If the President had concentrated on dealing with the deputy president, Kenyans would have suffered. But he has remained calm and he called us to order.

When did the President and his deputy stop working together?

The two have never worked together. It was pure pretense.

Even the white shirts, matching ties, the chemistry…?

The opposite is true. Without the handshake, there would have been no government and country. It is common sense that one of the things you do when you become President is to reach out to your opponents, so that there is peace in the country and be able to deliver on the promises you made to the people.

The President did the right thing to talk to Mr Raila Odinga whom we will remain grateful to forever because, despite the difficulties of the 2017 polls, he was still able to work with us for the national good. That is a mark of statesmanship and that is how you identify leaders. Leaders are not identified by how you can move the crowd. It is these small things that say one can run the country.

So far, Kenya Kwanza’s presidential candidate DP William Ruto is more popular than Azimio’s leader Raila Odinga in Mt Kenya. What can Mr Odinga do to boost his chances of scaling the Mountain?

It would be naïve for Raila and us supporting him to imagine that the work done by the deputy president for four-and-half years of maligning him and the President can be undone in two years.

What Mr Odinga needs to do is to ensure that he remains steadfast with his message of unifying the country because he is an elder and never be bothered by the insults hurled by the deputy president.

How different is Raila’s candidature this year compared to 2013 and 2017?

With the calmness that is there in the Azimio coalition and the country in general, one can be able to assess his leadership skills. You can see his love for the country. When he speaks, it is only about how we can make the lives of Kenyans better.

He has such thick skin that no matter how you insult him, he just smiles. He has no time to insult anyone. I remember one time we told him not to go to Githurai because we thought he would receive hostile reception but he convinced us on why he should go.

He said he would go and sell to the people there our agenda. His style of management and courage is also different. He is full of love. He is not the Raila we used to see being tear-gassed. 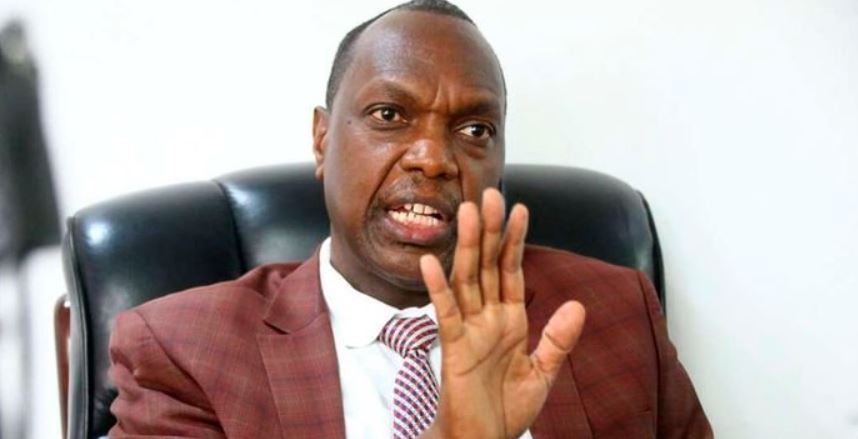 You said that you will write to the Speaker of the National Assembly to formally start the process of kicking out Jubilee MPs who have decamped to UDA, what happens if the Speakers fail to act?

We can’t force him.

The question of Azimio running mate, we understand that Wiper leader Kalonzo Musyoka has laid claim to the position and at the same time Mt Kenya leaders feel it belongs to them, what is the way forward?

The decision will be left to the President himself. Remember when you are picking the running mate, there are many things you put into consideration. You may look at the numbers and other things but to me the important thing is chemistry. You must have chemistry with your running mate and you must have a person that will allow you to run the government.

Remember the votes are being given to you, the other person will only be available when you need assistance. You need a person to clearly understand that, without feeling that he is being left out.

We don’t want a person like the deputy president who goes around the country telling Kenyans that he helped the President to get votes. We don’t want another period of disruption from Karen as we have seen.

As Azimio, have you settled on the running mate, any possible names?

We have not settled on anyone and there are no names.

There are claims that Jubilee is wooing UDA members by giving them money… is it true?

We would not be interested in wooing any person who is not interested in coming back to the party. But there are people out there who are telling us that they did not know this would happen.

There are people who were swallowed by the propaganda for four-and-half years and they are now waking up to the reality and saying, this has been a bubble and now it is bursting. It is losing momentum and they don’t want to be swallowed when it bursts. They are many.

Young people have been telling me that they want to come back as they have been lied to. They are also not happy with the campaigns of insulting the President and the community that supported him.

On the question of zoning, does Jubilee support it and if yes, which regions?

Zoning is a word that is just being used by people. There is no agreement on zoning but again, it is a strategy to win seats. It is a tool used when you want to have numbers in Parliament. It will be used when we feel it will give us the best results. The Political Parties Act we passed allows us to use all methods of nomination. Be it direct or indirect so that means you must have all the tools on the table.

What is President Uhuru Kenyatta going to do after polls?

The President has said he wants to be actively involved in the party affairs and not the government. He has a vision for the party and we are sure under his leadership and availability, he will grow it.

Hilarious Posts by Kenyans on Social Media for the Monday Blues < Previous
Here’s What’s Trending in Nairobi This Monday Next >
Recommended stories you may like: