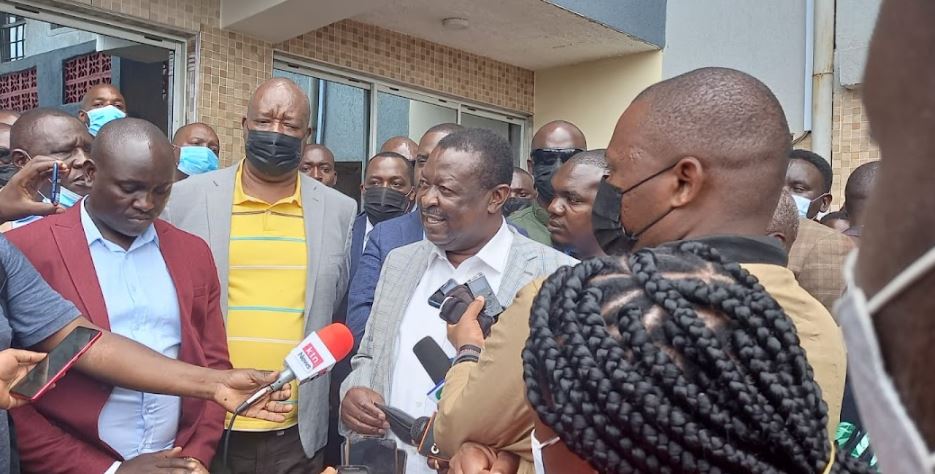 Speaking in Nyamira on Sunday, Mudavadi said his party will make a declaration on January 23 that will change Kenya’s political landscape.

Mudavadi urged Kenyans to stay tuned to their TV sets on January 23 to be part of history.

“I have heard people say I am slowly moving out of OKA, just wait. There is a major announcement that will shake the country, there is no need for doubts,” Mudavadi said.

“We do not want to pre-empt what we have discussed as the leaders of ANC. But we will give a major declaration that will be like an earthquake on our way forward politically,” he added.

The ANC leader at the same time denied skipping the OKA Principal’s meeting held in Naivasha saying he was engaged in organising the ANC Annual Delegates Conference.

Mudavadi also endorsed Nyamira Governor Amos Nyaribo for a second term saying he is among the leaders who have the potential to run the county well.

He also declared his support for Nyaribo to be his deputy party leader.

“I humbly request our people who have goodwill to support governor Nyaribo in his bid to continue running Nyamira because as his party leader, I see a leader in him,” Mudavadi said.