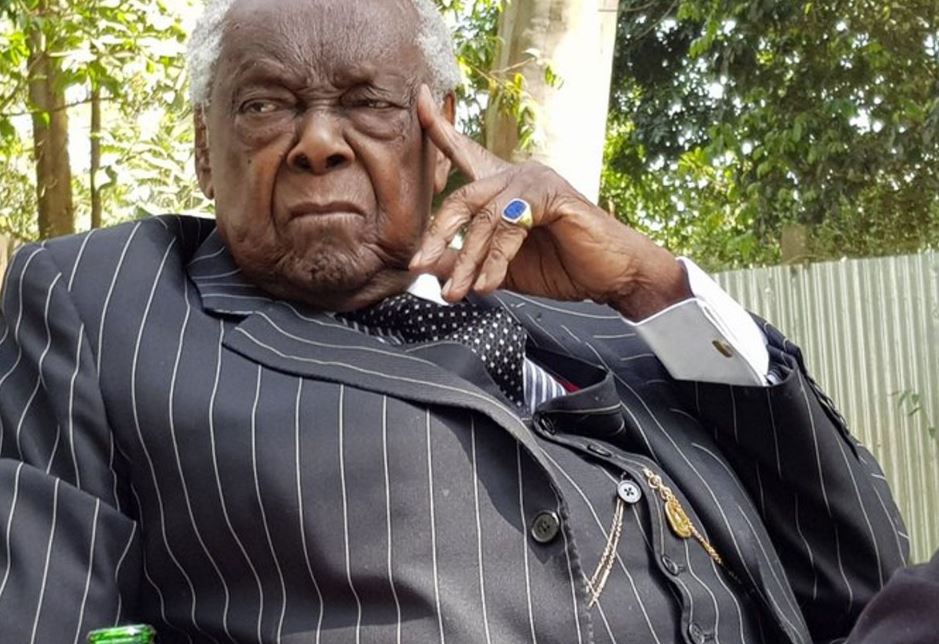 The news of his passing was announced on Sunday morning by President Uhuru Kenyatta. Njonjo passed away peacefully at 5am Sunday morning, at 101 years of age.

He was the last surviving member of Kenya’s independence cabinet, having served as Attorney General from 1963 to 1979.

It is with a heavy heart that I have this morning, Sunday 2nd January 2022, received the sad and heartbreaking news of the passing away of Hon. Charles Mugane Njonjo.

Hon. Njonjo, the only surviving member of Kenya’s independence Cabinet, passed away peacefully at 5am this morning at the age of 101 years.

The passing away of Hon. Njonjo is a big blow not only to his immediate family, friends and relatives but to all Kenyans and indeed, the entire African continent because of his leading role in the founding of the Kenyan nation at independence.

As a nation, we owe a debt of gratitude to Hon. Njonjo and his generation of independence era leaders for their selfless contribution to the laying of the solid foundation upon which our country continues to thrive.

Kenya’s progressive constitutional and legal regime owes its robustness to Hon. Njonjo’s splendid work when he served as the country’s first post-independence Attorney General between 1963 and 1979, and as Constitutional Affairs Minister between 1980 and 1983.

On behalf of the Kenyan nation, my family and on my own behalf, I send deepest and heartfelt condolences to the family, friends and relatives of Hon. Njonjo, and indeed all Kenyans.

May God the Almighty grant each one of us grace and fortitude as we mourn and come to terms with the passing away of Hon. Charles Mugane Njonjo who was not only our national hero but an icon of Kenya’s progress through the years.

May God the Almighty rest the soul of Hon. Charles Mugane Njonjo in eternal peace.

HON. UHURU KENYATTA, C.G.H.
PRESIDENT OF THE REPUBLIC OF KENYA