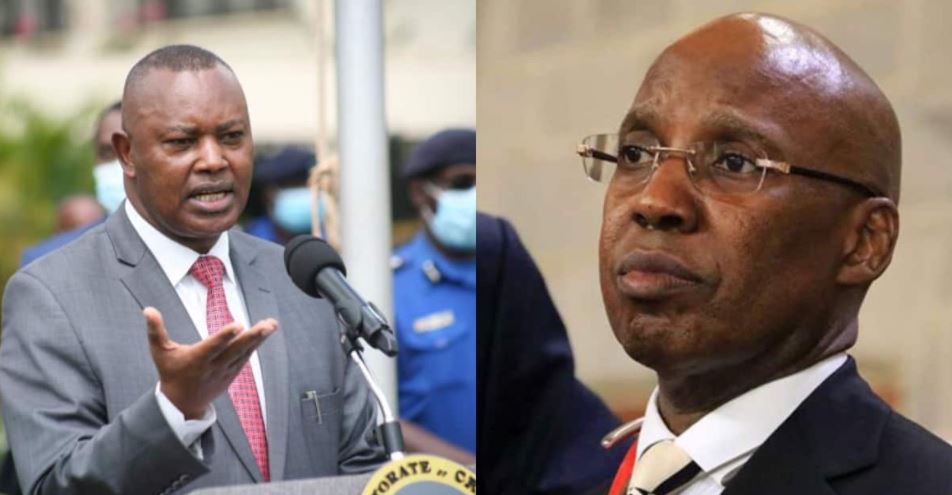 The Director of Criminal Investigations (DCI) George Kinoti did not instruct a lawyer to file an application challenging a four-month jail term, the court heard on Monday.

Lawyer Calvin Koome,  who filed the application on Friday last week, told the court that he received instructions from a proxy.

“Is that what you were taught at law school,” Judge Anthony Kimani asked.

To which Koome replied: “No your honour.”

Koome also admitted to the court that the law firm he used to file the application did not authorise him to do so.

The court also heard that Kinoti’s signature used in the affidavits was forged.

The DCI, through the Attorney General’s lawyer Ms. Mwangi, distanced itself from the application, saying it did not come from Kinoti.

“This court leaves the issue of misconduct and criminal activity in the hands of LSK and the investigative agencies,” said Kimani.

The Trending Pics and Tweets This Tuesday < Previous
Police Want to Kill Ethiopian Businessman Samson Teklemichael, says Babu Owino Next >
Recommended stories you may like: