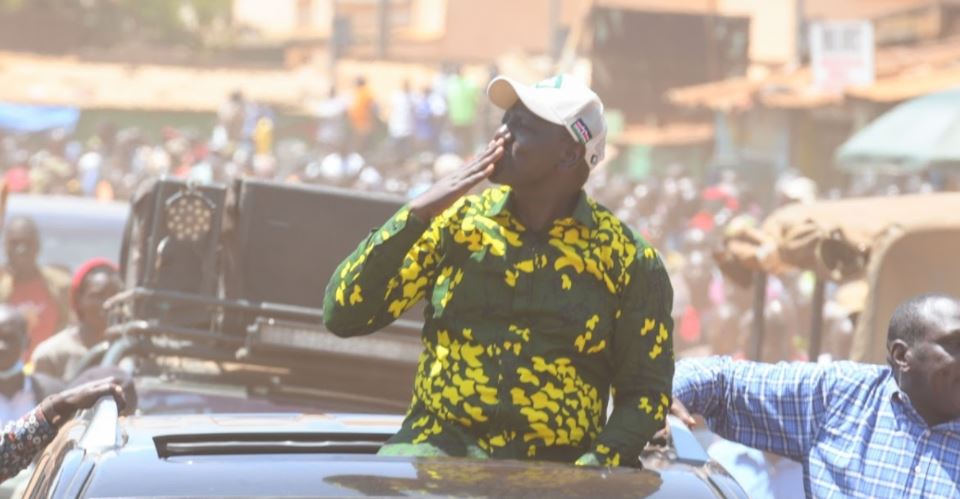 There was drama in Makueni county on Monday, October 25 after two teachers fled with money donated by a politician.

The Directorate of Criminal Investigation (DCI) said the teachers had received the money from an unnamed politician to share among boda boda riders and small-scale traders.

However, we’re led to believe the politician was deputy president william ruto, who toured Makueni county on Monday and gave out Sh4 million to different groups.

After receiving the Sh1 million donation, the teachers reportedly fled without sharing, drawing the wrath of bodaboda operators.

“The two teachers based at two local Primary Schoolsstormed Kambu police post and went straight behind the report office desk with dozens of motorbike riders hot in their pursuit. They took cover behind two surprised police officers manning the desk, pleading with them to protect them from the angry mob that was baying for their blood.

“The officers who had a difficult time trying to calm down the mob learnt that the two men seeking refuge behind their backs, had allegedly been given a token of Sh1 Million by a politician who was campaigning in the area earlier in the day,” the DCI said.

The mob reportedly got impatient and started hurling stones at the officers demanding that the teachers be released to face mob justice.

The cops had to call for reinforcement from Mtito a Ndei police station, which arrived immediately.

They eventually managed to disperse the mob and started investigations into the matter.

Moses Kuria To Sue Company Over Electric Blanket < Previous
KNEC: Oscar Sudi Forged His KCSE Certificate.. Never Sat for Exams Next >
Recommended stories you may like: