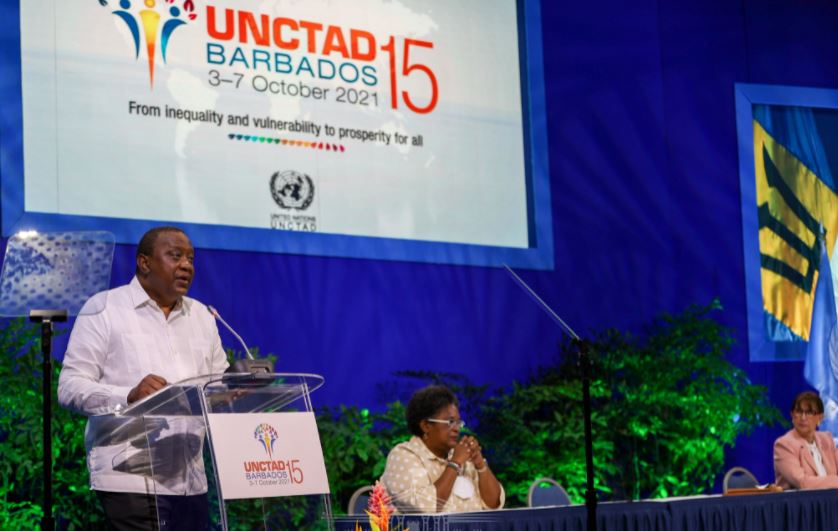 At the same time, the President expressed his misgivings on the unequal access to Covid-19 vaccines saying true multilaterism should fully embrace the principles of inclusivity and equality applied on the basis of the uniqueness of every nation.

“We, therefore, need more multilateral cooperation that includes everyone because none of us is safe until all of us are safe. But as the Covid vaccine distribution experience has demonstrated, simply saying everyone is included is insufficient to guarantee inclusivity,” the President said. 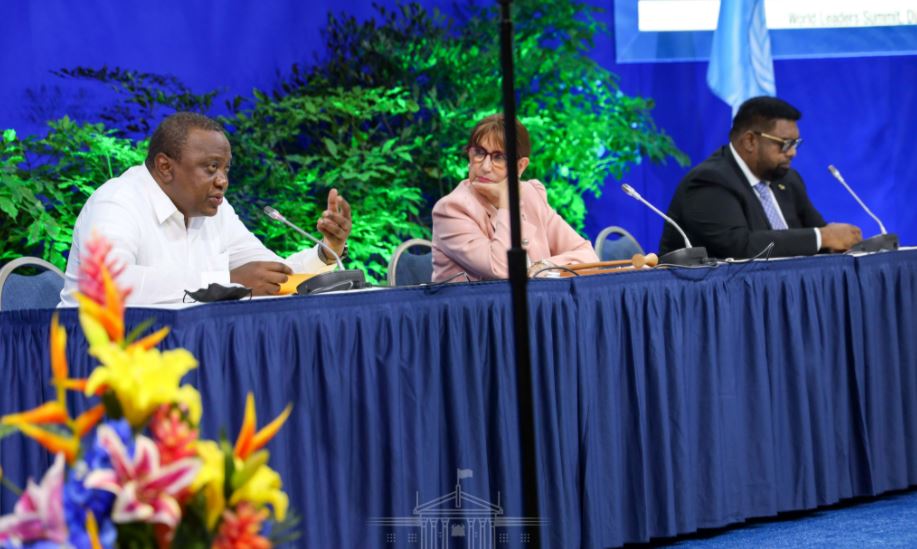 President Kenyatta, who is in Bridgetown, Barbados for the 15th session of United Nations Conference on Trade and Development (UNCTAD15), spoke on Tuesday during a panel discussion at the World Leaders Summit under the theme “building a more prosperous development path: Matching the scale of the moment.”

The President noted that while the COVAX arrangement guarantees fair and equitable access to vaccines for every country, over 80 percent of the more than 6 billion doses administered to date have been in developed countries.

Similarly, President Kenyatta said that while at least 50 percent of the population is fully vaccinated in most high-income countries, the figure is less than 5 percent in low-income nations.

He underscored the need for more cooperation at the regional level, saying when people sharing common challenges and similar aspirations come together, the impact is greater. 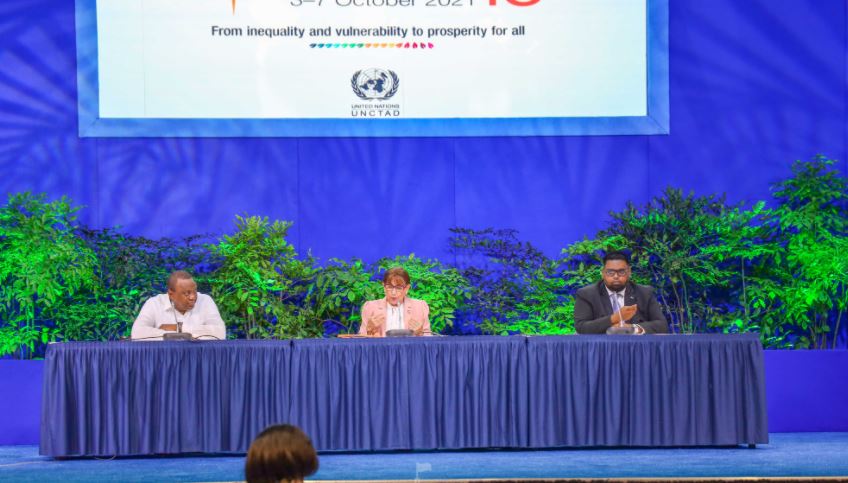 “Region-specific issues such as the impact of climate change on small island states are more effectively addressed through regional cooperation frameworks. Such cooperation helps to create economies of scale for smaller nations on issues such as trade and investment, and amplifies their voice at the global level,” President Kenyatta said.

The Kenyan leader noted that the power of regional cooperation is well demonstrated by the large regional groups such as the European Union, the African Union and the Association of Southeast Asian Nations (ASEAN).

“Such cooperation is also proving useful for other groups such as the Organisation of African, Caribbean and Pacific States (OACPS) which seeks to leverage the European Union to make its membership more globally connected and competitive,” President Kenyatta added.

Similarly, President Kenyatta underscored the importance of cooperation between governments, the private sector and other non-state actors as well as communities in addressing emerging global challenges such as the Covid-19 pandemic.

“My administration’s efforts to contain the Covid pandemic would not have been half as successful without the support of faith-based and community organisations which worked hand in hand with the government to educate communities about the virus and track and trace infections. 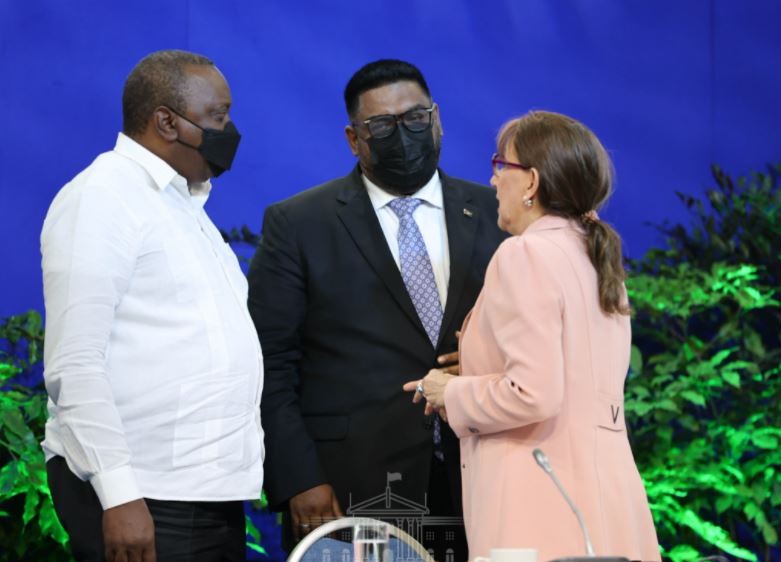 He informed the meeting that the private sector in Kenya is currently working side by side with the Government to source vaccines directly from manufacturers and to extend vaccination to their employees and host communities.

“The key message here is that cooperation with the private sector, other non-government actors and the community extends the reach and impact of government. It should not take place only during an emergency but rather should become mainstreamed into normal development activities,” President Kenyatta said.

He added that in all forms of cooperation, the key should be to strengthen the voice of the voiceless including the youth, women, and the marginalized groups. 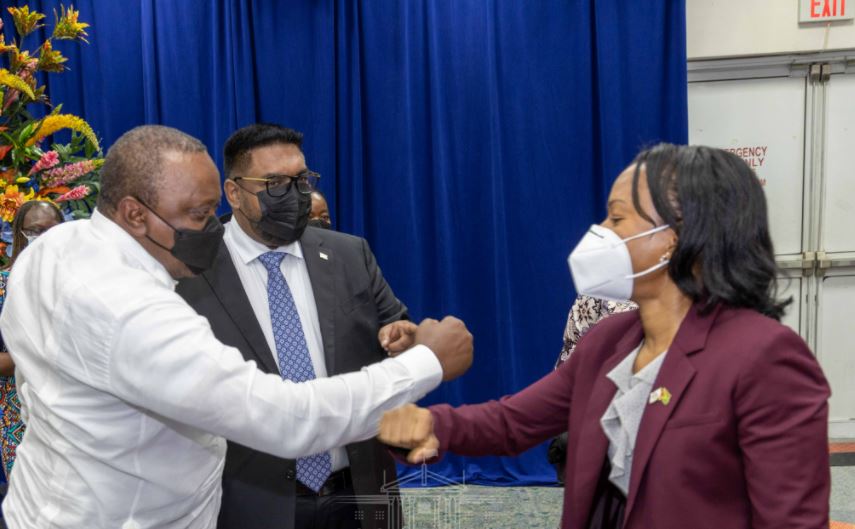 Earlier, President Kenyatta officially handed over the mantle of hosting the 15th session of UNCTAD to Prime Minister Mia Amor Mottley of Barbados.

“It is my privilege today to pass the mantle of hosting UNCTAD 15 to Barbados, through Your Excellency the Prime Minister. I do so, well aware that UNCTAD15 is taking place in extraordinary circumstances which have compelled us to hold most of the meetings virtually.

“I am, however, confident with Prime Minister Mottley, the task of leading the world through UNCTAD15 to address these complex development challenges is in very good hands,” President Kenyatta said. 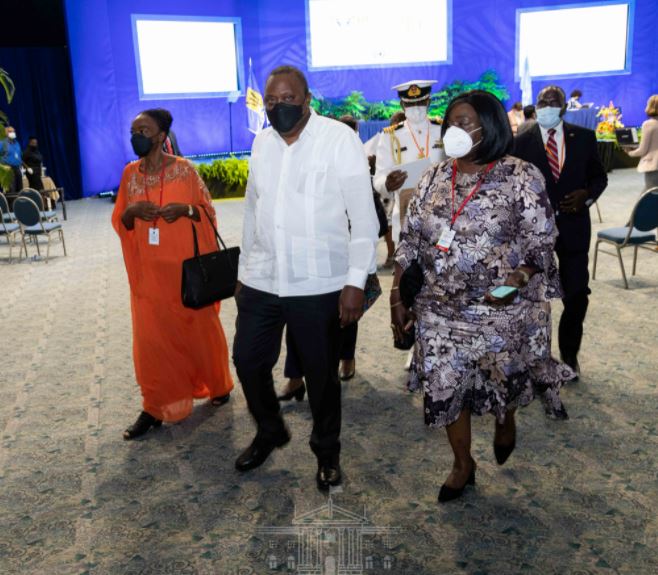 I Work for the Country, You Work for Meru County, Munya tells off Kiraitu < Previous
Robber Lynched by Mob After Being Shot By Cop in Ruai Next >
Recommended stories you may like: