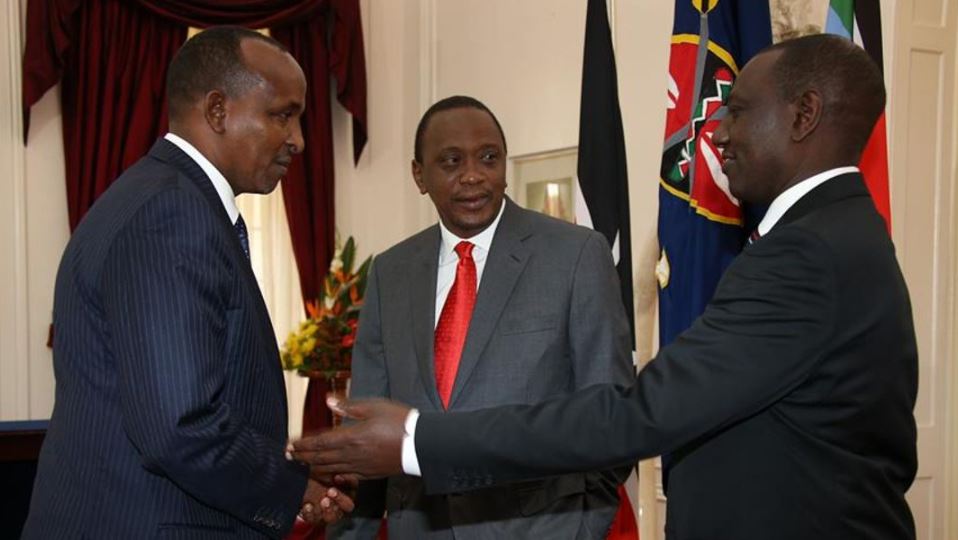 Aden Duale says he differed with President Uhuru Kenyatta and asked to be replaced as National Assembly Majority Leader.

In a spread on Sunday Nation, the Garissa Township MP said his fallout with President Uhuru Kenyatta and the Jubilee Parliamentary leadership was caused by the Building Bridges Initiative(BBI).

According to Duale, he held talks with the President and expressed his opposition to the Bill. He then asked the President to replace him at the National Assembly.

“The President and I had a one-on-one chat on this matter for 45 minutes and there were certain things that he wanted me to do.

“One of them was to support the BBI, and I categorically told him that I will not support it, not even on the floor of the House. However, I believe that what broke the camel’s back was when I said I would not table the BBI Bill in Parliament as the Leader of the Majority,” Duale said.

The lawmaker maintained that he rejected the proposed Constitutional change because it did not have any promises for the people of the North-Eastern region.

On what went wrong between the Preside and his Deputy, Duale says: “The truth is only the two of them can answer that, and that’s a very important disclosure they need to make to the country.

“More than 100 times during my tenure as the Leader of the Majority, I asked the President what was going on and he kept saying there was no problem. When I posed the same question to DP Ruto he kept saying he was not aware of any crimes he had committed,” he added.

On his political ambitions in the 2022 General Elections, Duale said he is not interested in an elective seat.

Duala, however, said he will seek a fresh mandate from his constituents and if they give him their blessing then he will gun for the Speaker’s position or accept a ministerial position, if offered, by the new government.

“I am not very much interested in positions. I want to dedicate more time to my faith and to spend more time with God and my camels. My children are all grown up now, they are through with university,” he said.

Duale is also writing a book which should be ready mid-next year.

“In it(book), I talk about my political life, my tenure as the inaugural occupant of the office of the Leader of the Majority under the new Constitution, the intrigues in Jubilee and its decade in power.

“I am speaking from the heart, something only similar to what John Bolton, who served as National Security Advisor for US President Donald Trump from April 2018 to September 2019, wrote in The Room Where it Happened. I will also say what happened in very many rooms when Jubilee was in power,” Duale writes.

Gideon Moi To Declare Presidential Bid at Bomas This Week < Previous
The Trending Memes and Tweets This Tuesday Next >
Recommended stories you may like: