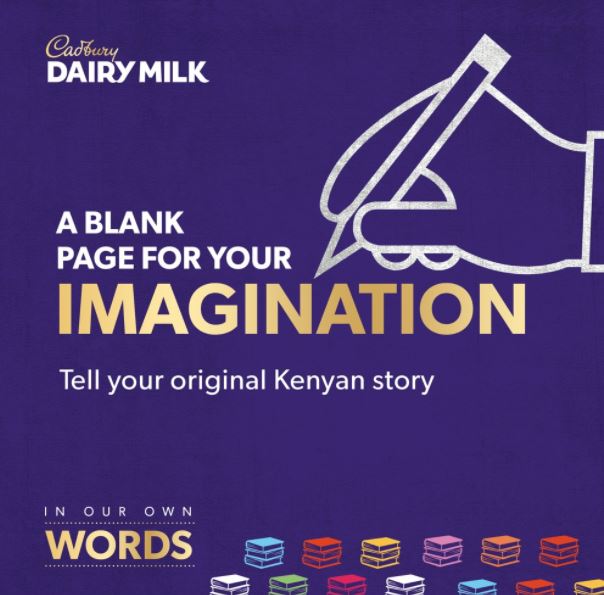 The Kenya Copyright Board (KECOBO) has issued a public advisory warning Kenyans against participating in a Cadbury competition dubbed “In Our Own Words”.

The chocolate company has invited writers to submit original stories that would be turned into storybooks to help promote the reading culture among children.

The “In Our Own Words” campaign seeks to compile 150 original short stories to be published on the Cadbury website.

However, one of the clauses of the competition states: “Participants will not be compensated for their original stories, by submitting the stories the participant is donating their story and therefore will not be story author upon publishing.”

This roused ire from Kenyans on social media over what they termed as exploitation.

On Monday, the Kenya Copyright Board (KECOBO) described the terms and conditions of the campaign as unethical as they degrade writers by taking away their intellectual property rights.

KECOBO executive director Edward Sigei advised the public to avoid the campaign until authors’ rights are well recognised and paid for.

“The campaign requires authors to forfeit their moral rights to be recognised as an author in connection with their work as well as their economic rights in their literary work in return for a mere thank you note,” said KECOBO.

“KECOBO has reviewed the terms of the campaign and found them unethical and amounts to subjecting writers to degrading treatment while taking away their intellectual property rights. As such, KECOBO has written to Cadbury to review the terms of the competition or withdraw it entirely. The public is advised to avoid the campaign until authors’ rights are well recognised and paid for.” 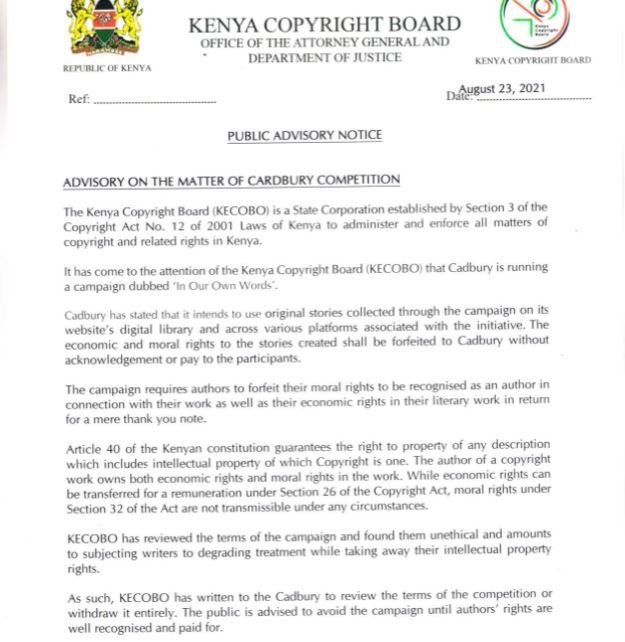 Be warned! Don’t take part in the Cadbury Competition dubbed ‘ln our own Words’ until authors’ rights are well recognised and paid for. @KenyaCopyright has written to the Cadbury to review the terms of the competition or withdraw it entirely. pic.twitter.com/0LuuHjyBoV

Man Pleads With Court After Spending Money Sent to him Erroneously < Previous
Nairobi Court Hears How Man Raped Drunk Varsity Student After Giving her a Lift Next >
Recommended stories you may like: