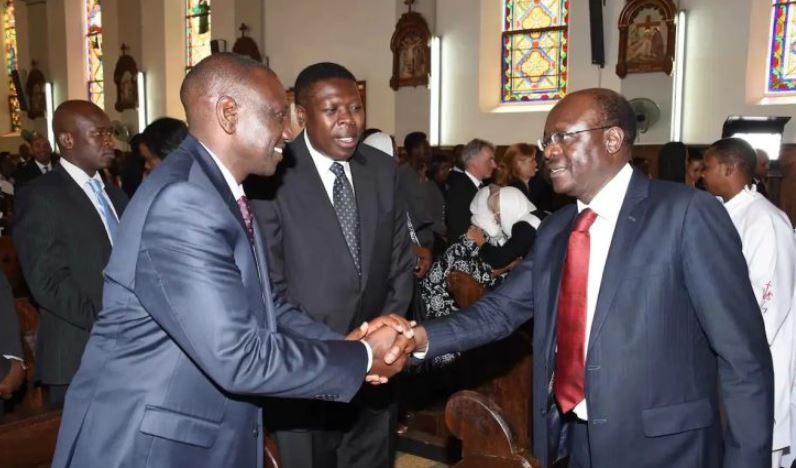 William Ruto could not resist taking a swipe at one of his presidential rivals in Dr Mukhisa Kituyi after the former UNCTAD Secretary-General was caught up in a video scandal.

Speaking during a UDA populirisation tour in West Pokot, Ruto cautioned against clandestine affairs saying they are not worth the trouble.

In an indirect jibe at Mukhisa Kituyi, the deputy president made a reference to the viral video in which Kituyi was filmed nude.

Meanwhile, Mukhisa Kituyi put on a brave face in the wake of the video scandal saying nothing will stop him from running for the presidency in 2022.

In a statement on his official Facebook account, Kituyi rubbished the video saying it was photoshopped and edited by his political rivals to discredit him.

“I, therefore, dismiss the photoshopped edited video doing rounds on social media purporting to expose my private parts. It doesn’t in any way whatsoever depict the true representation of my private organs. I want to distance myself from such false and untrue malicious stories destined at killing my political career,” he said on Saturday.

Mukhisa, who deleted his Twitter account after internet users ridiculed him, also asked his supporters to ignore the video.

CRAZY: Funny Memes Going Viral on Social Media < Previous
Hafsa Mohamed Lukman: Kidnap Victim was Forced into a Water Tank in Kayole Next >
Recommended stories you may like: