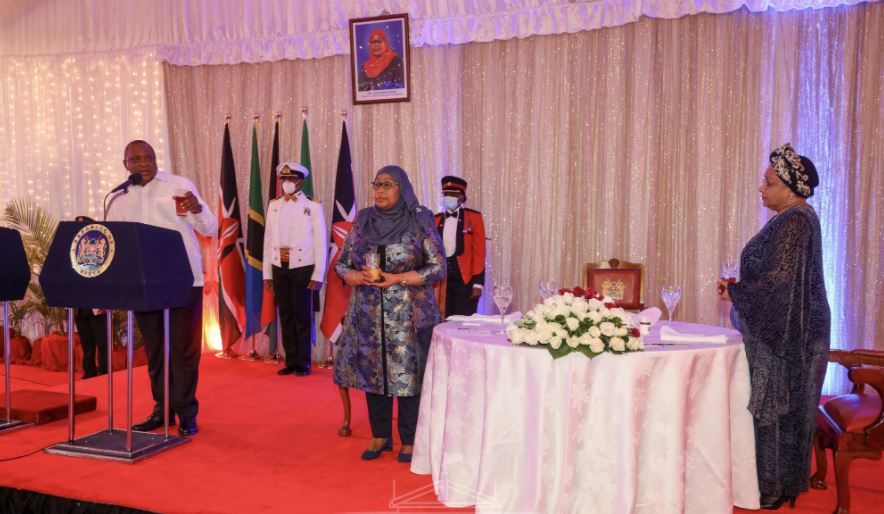 President Samia Suluhu says Uhuru’s words of encouragement motivated her to rebuild the strained relations between Kenya and Tanzania.

Speaking during a State banquet at State House Nairobi, the Tanzanian Head of State said the decision by President Uhuru to attend the State funeral of the late President Magufuli was a sign of true brotherhood.

President Suluhu also said immediately she was sworn in as President, Uhuru contacted her telling her that she had no reason to fear.

“When my brother attended the State funeral he told me, ‘Samia you have no reason to fear to lead this nation because you have been mentored well by Magufuli and there’s nothing that you don’t know,” she recalled.

According to Suluhu, it is Uhuru’s words of encouragement that reminded her of the strong bond of comradeship that exists between Kenya and Tanzania.

“From the onset, I had the desire to visit Kenya, in order to strengthen our brotherhood and neighbourhood for the improvement of our citizens. Tanzania and Kenya are neighbours but our neighbourliness and brotherhood is not as a result of the waters of the Indian Ocean or Lake Victoria, rather we are also blood brothers. It’s no wonder that we have various communities sharing similar cultures and languages residing inside these two countries,” she said. 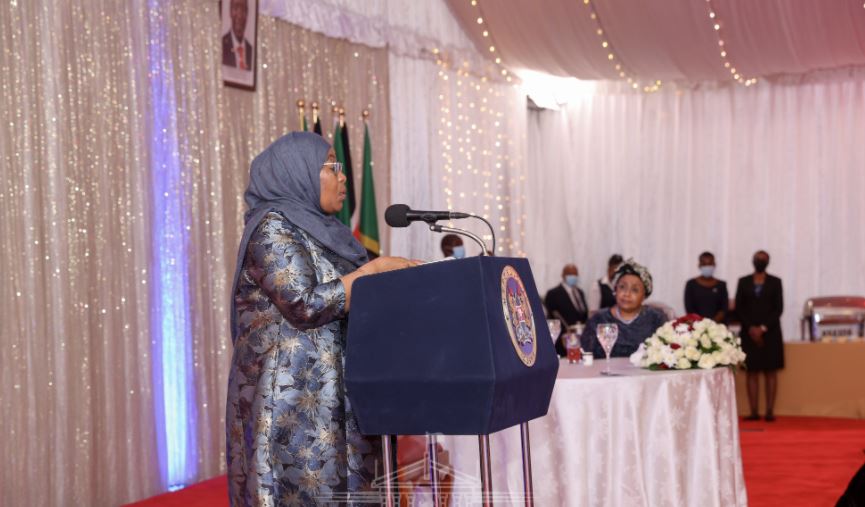 Suluhu said during her tenure as Tanzania President, she will strive to strengthen Dar-Nairobi relations, especially in economic cooperation.

“As you are aware in the current world, relations between nations are based on economics. All other issues will naturally fall in place because of our blood relations but economically we need to lay out sound policies to build strong economies,” she said.

“Investments from Kenya to Tanzania are largely good. We have about 513 Kenyan companies in Tanzania but from Tanzania to Kenya we have only 30 companies. Now when I go back I will urge more Tanzanian investors to come in and set shop in Kenya so that we can improve on our economies,” Suluhu added.

President Suluhu returned home Wednesday evening after a successful two-day maiden State visit to Kenya during which she held talks with President Kenyatta, attended a Kenya-Tanzania Business Forum, and addressed a joint session of Parliament among other official engagements. 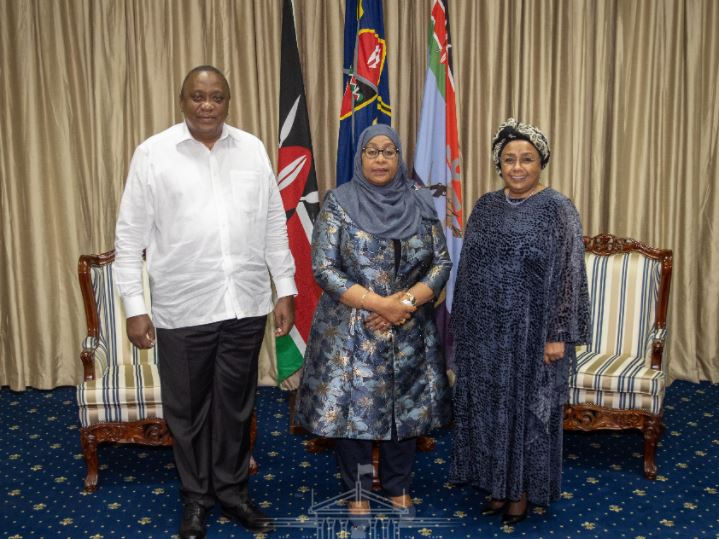 DP Ruto Assures Kenyans, “Hustler Economy will Work and Must Work” < Previous
President Kenyatta Announces Incentives To Woo Tanzanian Investors Next >
Recommended stories you may like: