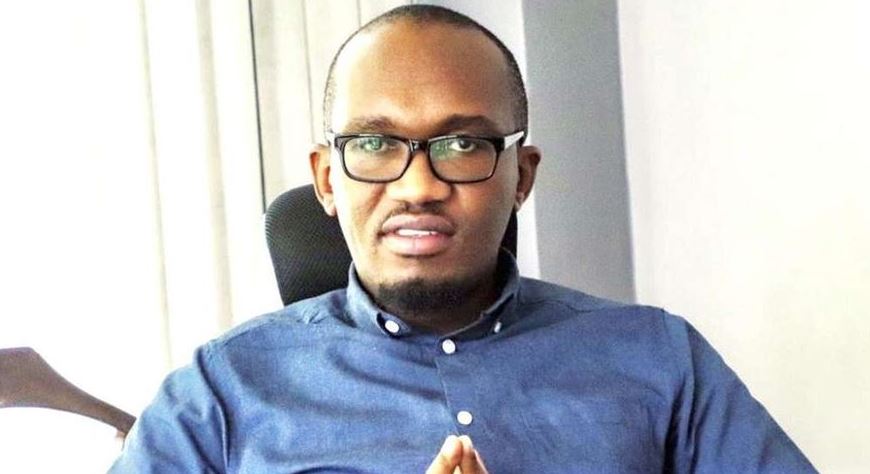 Fred Kithinzi an internet-prenuer, a marketer, an Afrocapitalist, founder and CEO of Belva Digital, an award-winning digital marketing agency.

Outside work,  the 32-year-old is a husband and a father. He talked to Sunday Nation about his ambition to build a sustainable pan-African business.

“I am the first-born in a family of three, we grew up in a modest, typical Kenyan household. I went to a mixture of both academies and public schools for my primary education. I then went to Mang’u High School for my secondary education to pursue my then ambition to become a pilot.

Unfortunately, that didn’t take off as I developed an eye problem and had to drop off from the aviation class in Form Two. I changed my focus towards computers and as a result, I later joined JKUAT for a degree in computer science.

In my final semester in campus, I went about applying for internship opportunities. Google had an opening which I went for. Google is a fantastic place to work. This improved my aptitude and attitude, gave me a global experience, and exposed me to a collaborative and forward thinking team and culture.

In my fifth month at Google, I was interviewed for a Regional Sales Associates role at International Business Machines (IBM). I recall talking to my immediate manager then at Google, Joe Mucheru, the current CS for ICT, and he encouraged me. I took up the job and it was a terrific experience.

The money was really good but not enough to keep a restless 24-year-old in one place for too long. After three months, I left to take advantage of the promising internet ecosystem. I had the desire to start a business but had no concrete plan of what exactly I wanted to do. When I got out, I reached out to my contacts, one of them being a former colleague at Google, Victor Munyua. He’d done a decade at Google and I needed someone I could lean on and learn from. He was welcoming and we hit it off.

Two months in, we bagged our first big deal where we were contracted to do some work for Kenya Power. As luck would have it, in early 2013, I was contracted by Google, to train media houses on the various Google products. For the very first time in the country, we were doing lots of livestream videos on YouTube.

That 2013, I hired my first three employees but due to political uncertainty, I let them go. Around the same time, our firstborn was conceived. Things were really uncertain in the business. I sat down, re-strategized and came up with a business plan defining who exactly I wanted to target and what the business was intended to achieve. This worked and I started getting calls from the right people.

We have so far expanded and extended our services in Africa with a physical office in Kenya, Uganda and established partnerships in western, central and southern Africa. Some of the key highlights so far is Belva Digital making it into the prestigious KPMG Top 100 mid-size company list in our 5th year of operation, and keeping our doors open despite Covid-19 pandemic.

I would like to thank Prof Bitange Ndemo and Mr Mucheru among others. A supportive family is very instrumental in career growth. In my case, my spouse has been the most supportive and I know, she has had to make a lot of career sacrifices for me and our children.

My advice to the youth is that failure and success come in the same package. You have to learn how to accept to fail. Also, be consistent.

The internet presents a grand opportunity for growth in Africa, so seize the opportunity.”

6 Lessons Learnt From Agribusiness – ‘The Farm Gang’ Cofounder < Previous
Career Path With Chemotherapy Specialist, Kitui County Hospital Next >
Recommended stories you may like: