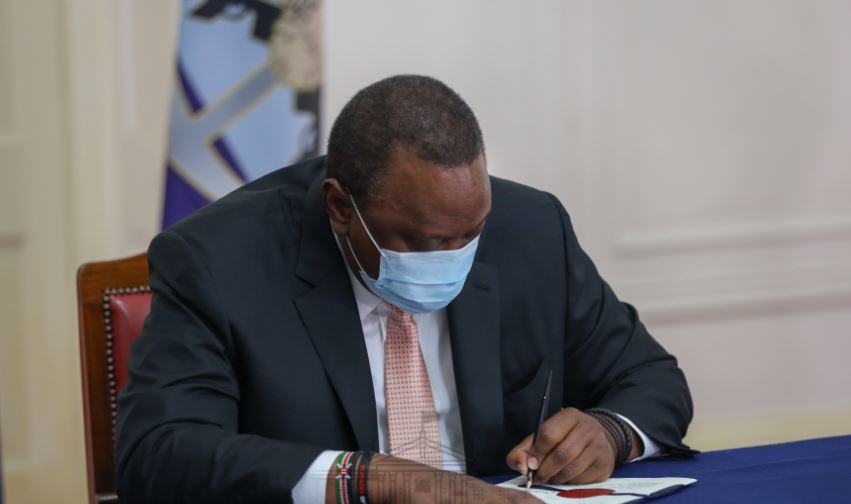 President Uhuru Kenyatta on Thursday morning signed into law the 2020/2021 County Revenue Allocation Bill, paving the way for the disbursement of exchequer funds to the counties.

The new law allocates a sum of Sh369.87 billion in the current fiscal year to counties and includes Sh316.5 billion of Equitable Share and Sh13.73 billion in conditional Grants.

Also included is Sh9.43 billion from the Road Maintenance/Fuel Levy as well as Sh30.2 billion in loans and grants.

The conditional allocation will be utilized in provision of services such as leasing of medical equipment and rehabilitation of youth polytechnics across all the 47 Counties.

The Bill was presented to the Head of State for signature by Speaker of the Senate Ken Lusaka at a ceremony attended by Speaker of the National Assembly Justin Muturi and Treasury Cabinet Secretary Ukur Yattani.

Betty Bayo Proud Of Size 8, Says Cheating Is A Minor Offence < Previous
Lolani Kalu Moved To Tears As Kenyans Raise More Cash on ‘Bonga na Jalas’ Next >
Recommended stories you may like: