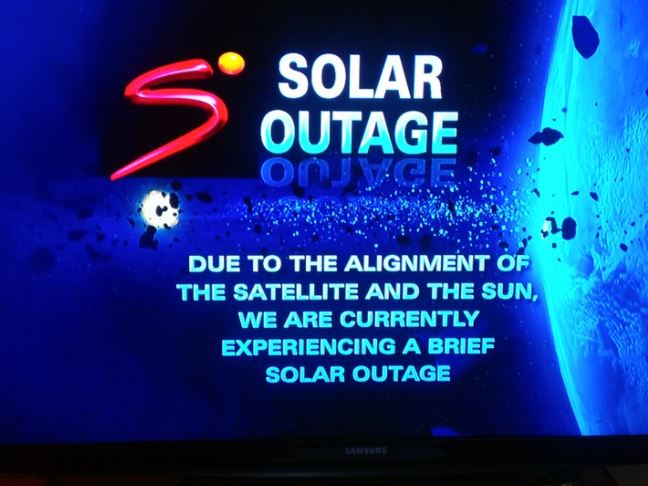 You will this week experience intermittent disruptions on television, radio and satellite-powered internet signals due to the positioning of the sun.

Due to a phenomenon known as the Solar Outage, the sun aligns behind communication satellites and its radiation overpowering their signals. A Solar Outage occurs twice a year during the Equinox in March and September.

The outages of between three and seven minutes started Monday and are expected to last four days.

Standard Group is among the media houses that alerted their consumers on Monday. According to the Group’s technical department, the disruptions on Monday and Tuesday will last about eight minutes from 9.37 am.

On Wednesday, starting at 9.37 am you are likely to experience pixelated or frozen pictures and audio distortions lasting six minutes and 55 seconds.

You are also likely to experience the shortest interruption at three minutes and 37 seconds on Thursday.

While the outages mostly affect geostationary satellite signals(TV and radio), users whose internet is provided by satellite may also experience downtimes.

Reporter Starstruck By Uhuru Says, “I knew I would have a breakthrough in life” < Previous
Man Dies After Illicit Brewer Chopped Off His Manhood in Makueni Next >
Recommended stories you may like: