Atwoli Addresses Claims of Having a ‘Mzungu Househelp’ 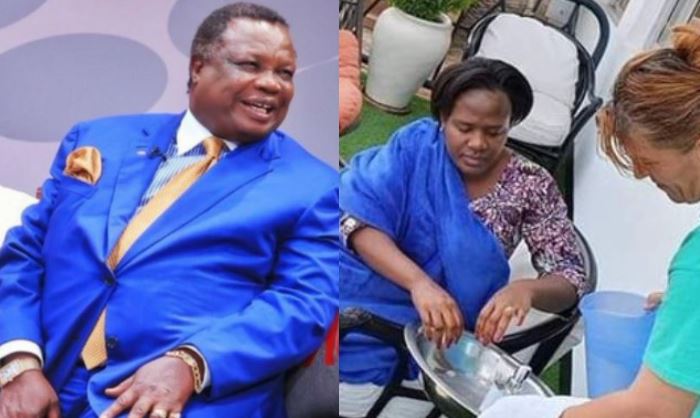 Controversial trade unionist Francis Atwoli has come out to address reports circulating on social media that he has a mzungu house-help.

This after his wife, Mary Kilobi, posted a picture on her Instagram showing a Caucasian woman appearing to serve her. She captioned the picture: “Yes, it is that cold in Kajiado.” 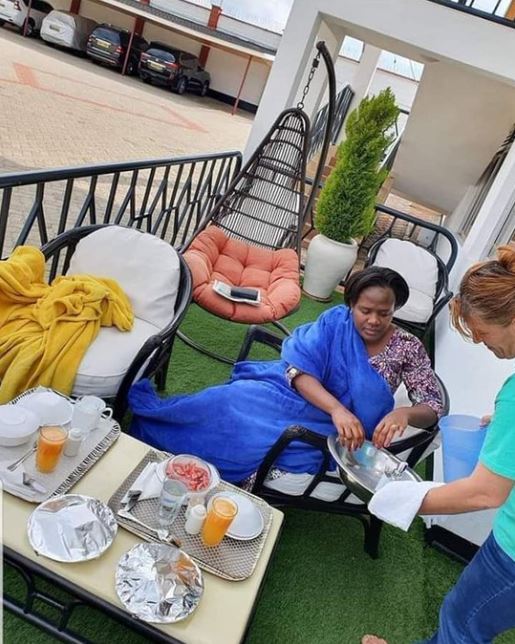 This sparked mixed reactions from Kenyans on social media, with a majority speculating that the Caucasian woman is the COTU boss’s househelp. And they would be forgiven to think so given Atwoli’s penchant for eating life with a big spoon.

However, Atwoli took to Twitter to set the record straight. “Madam Pavic is not my house help as perceived she’s an advisor on home management!” posted Atwoli. 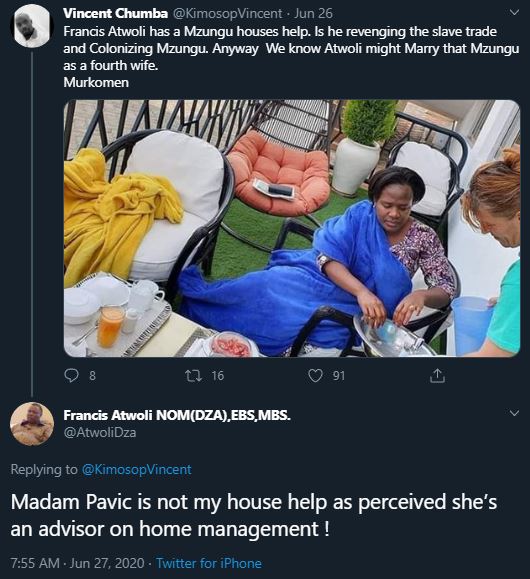 This did nothing to convince Kenyans on Twitter who pointed out that Atwoli’s explanation is just a fancy name for a househelp.

“Advisor on home management is an elite name for a househelp. Papa Atwoli I give you fear,” wrote @Swaka_Em.

@JemmyNamodi added: “Omwami I think you have confused them even more. When they visit the home, they will appreciate what value she adds. For now let them stick to their lanes.”

“Another improvised name for a househelp? Lead as others follow, papa,” said Mukolwe Godfrey.