I Left the Special Forces to Start Security Consultancy Business 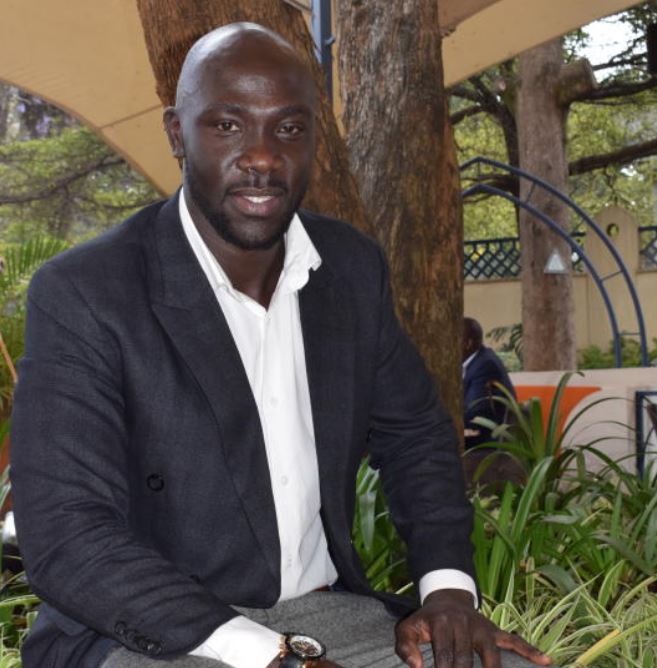 Byron Adera, CEO of Special Group Agency, had a promising career in the army but mental health problems, coupled with the tragic suicide of a colleague, prompted him to quit.

He is now a security expert, trainer and consultant running his own firm, Byron Adera Consultants. He shared the ups and downs of his journey with Hustle.

It was a natural progression. My professional security career started in the army where I became a platoon commander in the elite Kenya Parachute Regiment after about two years in cadet training.

During this time, I went through successful operational missions both within and outside the borders. I was then handpicked to join the first Special Forces Unit. My last appointment in the army was as an operations officer in 30 KSF. I then joined corporate security in 2012, starting off as a country operations director for an international security company called XFOR. I branched out on my own in 2014. I can now admit that resigning from XFOR was an emotional decision.

How was resigning an emotional decision?

Resigning from XFOR was the most difficult career decision I ever made. It was all spurred by losing my mother in 2013. I owed literally all my achievements to her and being away for work when she died haunted me. I hadn’t spent enough time with her. So I resigned. It was an emotional decision and I had not properly calculated my next move and this led me into huge personal losses. Essentially, I was navigating on a broken compass. I even got auctioned and I lost my most prized possessions then – my books and shoes! What saved me was my mental strength and tremendous belief in myself. I came up with a plan. I sought referrals from my pool of networks and took on projects that I knew were within my special expertise to perform excellently at minimal costs. And I slowly got back in the game.

Why quit the army when you seemed set for a promising career?

The special forces unit is decidedly a community of super achievers and it is humbling to have been part of its beginning. However, my army life was impacted by mental health challenges, which drove me into deep depression. I even suffered a nervous disorder called Bell’s Palsy. I sunk deeper into mental health problems after my family disintegrated around 2009. I battled alcoholism among other things. The army’s machinery to deal with mental health challenges at the time were simply non-existent. I had witnessed a comrade get mishandled and sadly, his service later terminated. Years later he eventually committed suicide by locking himself in his house and then setting it on fire. I then had to make a decision to leave. I believed the time had come for me to venture out. And it is one of the soundest decisions I ever made. Also, I do love a good challenge. I had excelled in all my pursuits in the army and the stint in the special forces indeed marked the very ceiling of military service and advancement to me. I felt it was time to seek more challenging pursuits where my special expertise would add real value.

What does a security consultancy entail?

In a nutshell, we provide expert security and safety advice after doing an analysis of your existing security. In some cases, we have been part of advancing the solutions. Businesses and individuals suffer major losses when unseen security and safety “disasters” strike and find them flat-footed because their existing safety and security protocols were adequate enough to counter the risk.

Who are some of your clients?

Our portfolio of clients includes both public and private entities: government institutions, agencies, corporates, religious institutions, schools and individuals. Our reach is both nationwide and international. Last year, we conducted security and safety training for learning spaces in Lusaka, Zambia. This brought together Deputy Vice-Chancellors and security managers of universities across four countries.

How did you raise capital to start your own company?

I was lucky. I had a soft landing after the army, being picked as the country director of the UK based Security Company. While at it, I grew a solid network base that aided in my transition into my own consultancy ventures later on by 2014. This meant that I did not need to pump in any capital into this business. I tapped into the net worth of my network base that I was able to offer consultancy and other tailored services to. I am an avid reader, and I would say my business Bible was William A Cohen’s “How to Make It Big As A Consultant”. It helped me come up with a set of best practices that ensured I was able to reach for consistent excellent performance.

What do you wish you knew about entrepreneurship when you started?

1. That sometimes, even your best isn’t enough. Let me explain. There is a principle in psychology called “Pygmalion effect”, which loosely translates into ‘high expectations will lead to high performance’.  I believe in it, but I hadn’t accounted for influencing factors like corruption that defined the operating environment. You would easily get outcompeted by the mediocre simply because they knew their way around or corruptly obtained the ticket to supply “air”.

2. You can’t do it all. The special forces trains and packs into an individual many skills making you a jack of all trades, and a master of all. This can make one overly confident of themselves. And here lies another trouble. When I started off as a consultant after leaving XFOR, alone, with nothing, I took on everything that came my way. Quite sensibly, you can only do a few things excellently. You get spread thin. I have since learnt to be calmer, plan thoroughly and with forethought, and focus more on assembling a strong team with the right expertise and character before taking on any project.

3. If I were to start all over again, I would never sell myself short. Deal in integrity and superior service delivery that has immense value to the clients and after meeting all the bad options out there, they will find you.

4. It is OK to say NO to small or unimportant things, so you can say YES to bigger and critical things.