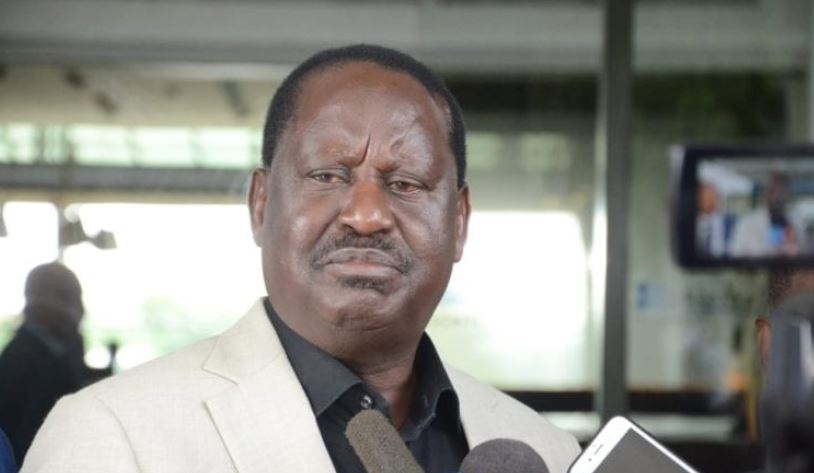 Saburi, who refused to self-quarantine after arriving in the country from Germany via Amsterdam on March 6, was said to be one of several government officials who met with Raila last week.

But in a statement Monday, the ODM leader said he made a low-key trip to the Coast but did not meet Mr Saburi.

Through his spokesman Dennis Onyango, Raila said he only met with Mombasa Deputy Governor Dr. William Kingi and spent the rest of the visit resting.

“During the Mombasa visit, Mr. Odinga did not meet with any of the leaders of the Coastal counties or their deputies, except the Deputy Governor of Mombasa County Dr. William Kingi. He didn’t meet Deputy Governor of Kilifi County,” the statement reads.

“Mr. Odinga appeals to the public to treat reports indicating otherwise as lies and malice. He appeals to Kenyans to treat such reports as the work of people who have failed to comprehend the magnitude of the challenge the nation is facing and instead find pleasure in abusing social media platforms to spread misinformation to cause fear and panic, a trend the State must arrest urgently.”

Raila also noted that he has suspended operations at his Capitol Hill offices as well as travels outside the country.

“Mr. Odinga has been operating mostly from home while transacting official business online. In addition, he has since suspended operations at his Capitol Hill offices to minimise human traffic to the office,” added the statement.

“As the State makes frantic and commendable efforts to secure the country, Mr. Odinga appeals to Kenyans to continue obeying directives from the Government including frequently washing their hands, staying away from crowded places including places of worship, streets and bars, staying at home and relying on factual information that the Ministry of Health is providing on a daily basis.”

Take Pay Cut and Extend Tax Filing Deadline: Aukot to Uhuru Kenyatta < Previous
The Trending Images This Tuesday Next >
Recommended stories you may like: