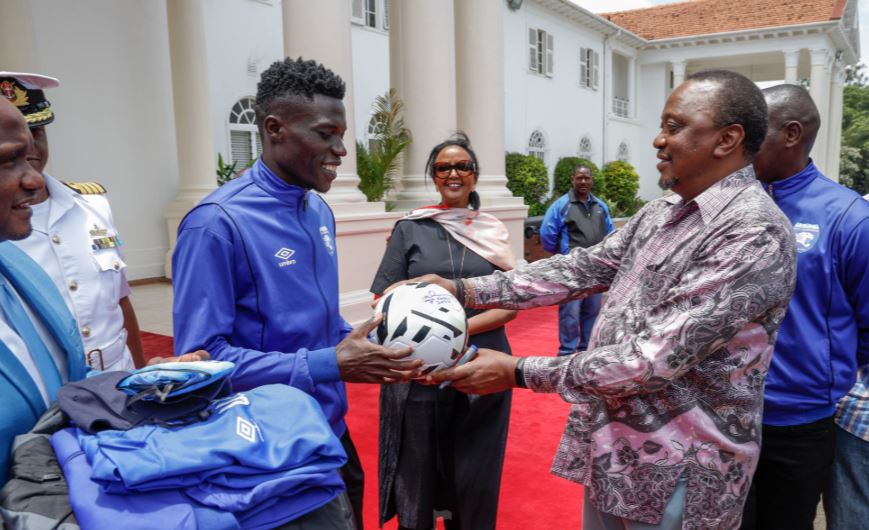 President Uhuru Kenyatta has commended Kenyan sportsmen and women for being good role models to the youth.

The President said Kenyan sports personalities have been a great inspiration to the youth by demonstrating that it is possible for individuals to utilise their God-given talents to improve their livelihood.

President Kenyatta spoke on Saturday at State House, Nairobi, when he handed over a bus donated by Dr Nelson Sechere, an international fundraising expert, to AFC Leopards Football Club.

Dr Sechere is a consultant at African Capacity Building Foundation. 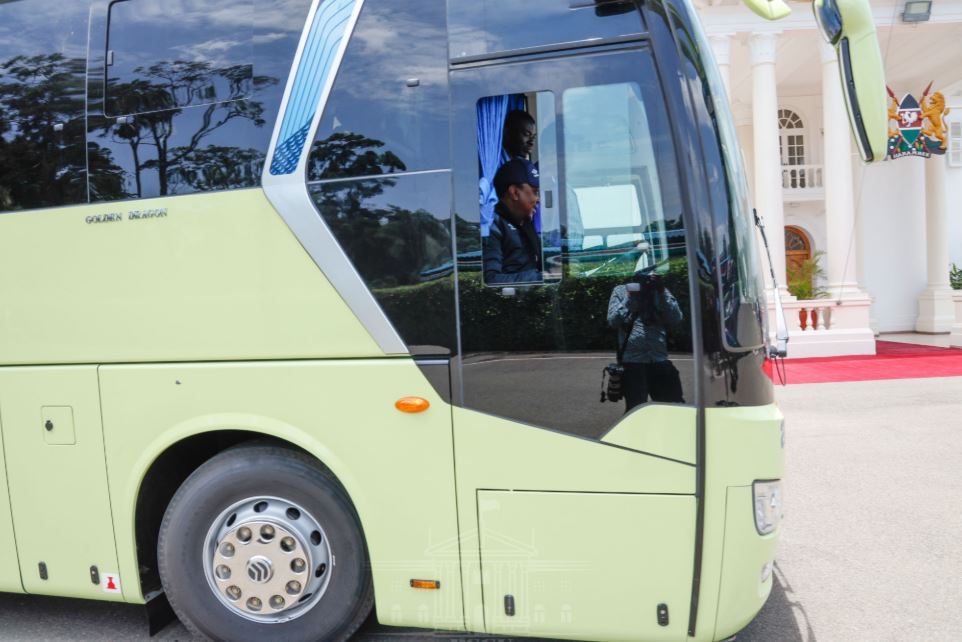 The team was led to State House by its patron who is also the Westlands Member of Parliament Timothy Wanyonyi and it’s chairman Dan Shikanda.

“We thank you and we are happy for what you are doing not only for yourselves but for the inspiration and hope you are giving to your fellow youth.

“The most important thing is being a role model. And you as a youth are a role model and we appreciate and support that,” said President Kenyatta.

The President said the Government is looking into the possibility of establishing stadiums for local teams to enable them raise funds for themselves in addition to utilizing the facilities as training venues.

“You have talked about a stadia we will sit and talk. I agree it is good just like other teams across the world have home stadia, I think it is about time we started having home stadia for our own teams as well,” President Kenyatta told the AFC Leopards team.

The President commended the AFC Leopards technical bench for properly managing the team and urged them to continue working hard to raise the standards of Kenyan football. 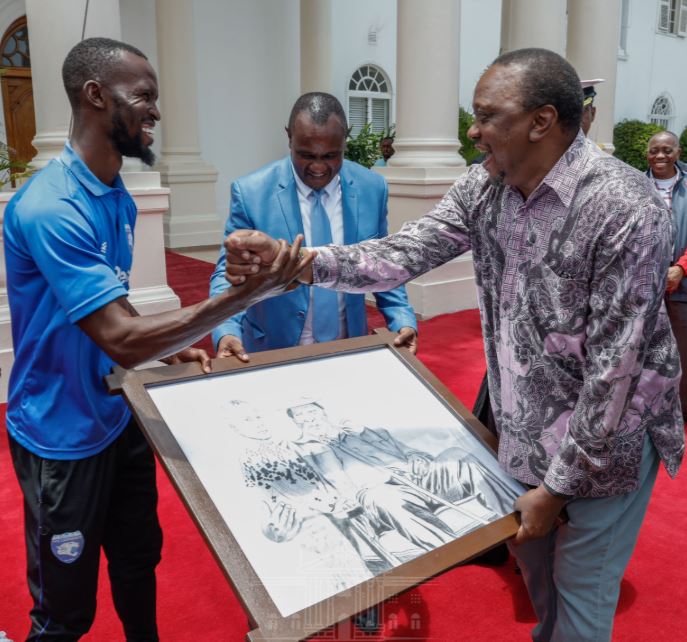 “Managing a team that is of national importance is not an easy job. When they lose you get the blame but when they win they take the credit. And all the community will be waiting to see, when they lose they will say the team was okay but the technical bench is the problem,” the President said.

Westlands MP Timothy Wanyonyi commended the President for supporting Kenyan sportsmen as they develop and transform their talents into sources of livelihood.

The MP thanked the President for stepping in to address the challenge of service delivery in Nairobi County saying city leaders support the takeover of some roles from the devolved unit by the national government.

“I also want to thank you as a Nairobi leader for the action you have taken to put Nairobi back to where it belongs. I can assure you, Your Excellency, as Members of Parliament of Nairobi, we have met and discussed this issue and we are supporting your action and we are going to give you full support until you get Nairobi back to where it belongs,” the Westlands MP said. 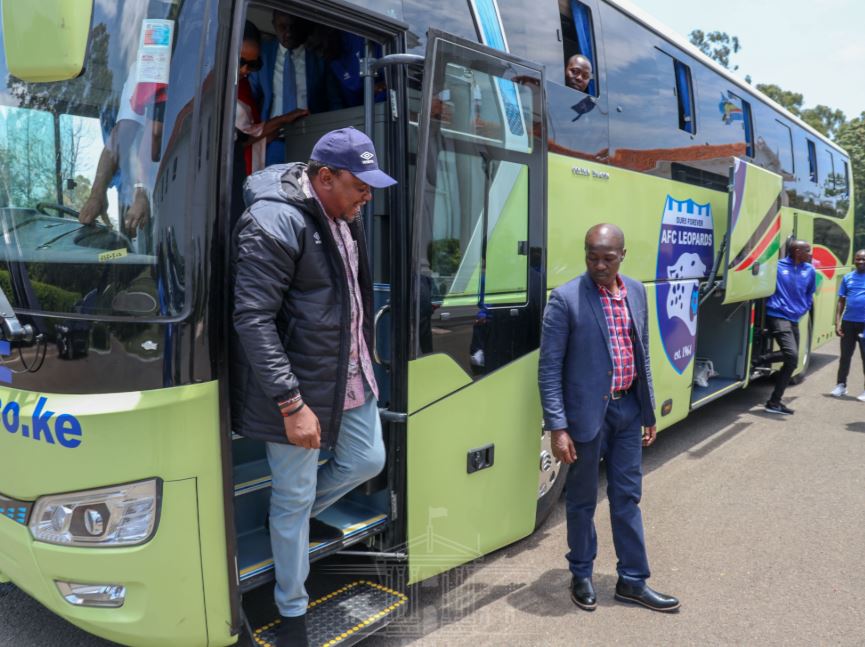 Sports Cabinet Secretary Amina Mohammed and her Devolution counterpart Eugene Wamalwa thanked the President for his continued support to Kenyan sportsmen saying his direct involvement is an encouragement to all Kenyans.

Also present were the Head of Public Service Joseph Kinyua and other officials of the AFC Leopards.

Somalia President Farmaajo, Uhuru Kenyatta to Meet in Nairobi < Previous
Jacque Maribe, Chantal Sing Praises Of Comedian Eric Omondi On His Birthday Next >
Recommended stories you may like: