Q&A With Ex-CJ Willy Mutunga: I Was Not Bribed in 2013 Presidential Election Petition 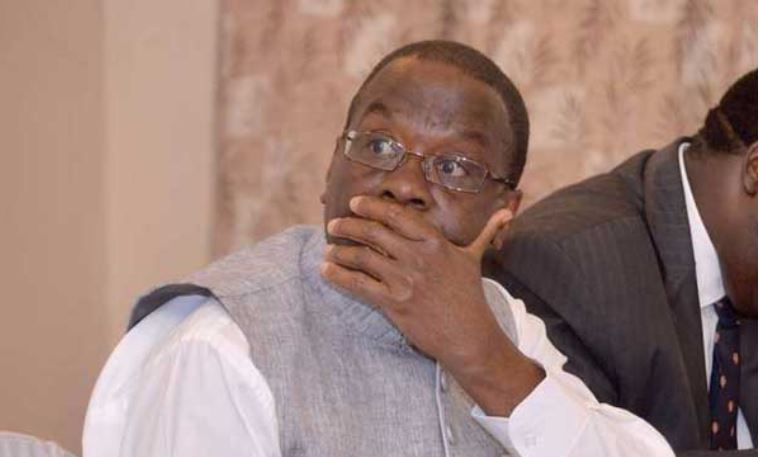 Former Chief Justice Willy Mutunga spoke to the Star about his tenure and post-bench life.

Q: How do you characterise your tenure at the helm of the Judiciary? What main things do you look back at and feel proud as marking your legacy?

I have never bothered with the issue of legacy. I do not even think in Kenya you can talk of your legacy when one is judged through divisive lenses, never objectively. I have left this issue to historians, lawyers, the media including social media and politicians. I have always valued my critics. I come from a tradition where ruthless criticism in whatever form and substance is valued.

I have written my reflections in my memoir, The Muddy Mango, on what we did collectively to transform the institution of the Judiciary. It is a long story that you will have to wait until the memoir is published, hopefully, by the end of June.

Q: Many people accused your tenure as having entrenched judicial activism. Was it activism or progressive judicature?

If I have been accused of having entrenched judicial activism in the Kenyan Judiciary then I am eternally glad and grateful. I have no idea what progressive judicature is! Let me say this. Professor Upendra Baxi of India argues that all judges are active but not all are activists.

I have argued that all judges are active and activists. The issue is in what cause a judge is active in and an activist about. Indeed, I have always argued that our 2010 Constitution is activist in its jurisprudence and politics. Given the Oath of Office taken by each judicial officer, that cause has never been in doubt.

Q: The 2013 presidential election petition also stands out in your tenure. Could you explain how your leadership handled the matter, the intricacies around it, the pressures and the circumstances that led you to allegedly strike out the evidence bundle of the petitioner on technicalities? Were there external influence, of any nature, over this case?

I disagree that the 2013 presidential election petition stands out in my tenure in the Judiciary. This is the view taken by those who believe I single-handedly decided that petition. I did much more in the Judiciary aside from the decision made by six Supreme Court judges.

I gave extra-judicial speeches on all national judicial and political issues. I wrote numerous scholarly articles. I gave lectures on the transformation of our Judiciary in many places over the globe. I wrote dissenting and concurring decisions besides being part of many majority decisions of the apex court.

All this work, including the decision on the presidential election petition, is what collectively “stand out in my tenure.” I doubt you have read the decision to argue that the evidence by the petitioner was struck out on technicalities. Wrongly or rightly, the apex court decided that the deadlines were constitutional and not technical. We handed over the entire record of the petition to the Law School in the University of Nairobi for reading, critiquing, and reflecting the decision. We were accused of being bribed to reach that verdict.

Some politician even said he knew where the bribes were banked in offshore accounts. Rumour had it that I had a gun to my head when I wrote the short decision because we had no time to immediately give the reasons for our decision. I have said it before and I will say it again to you. I was not bribed. I was neither pressured by Jubilee nor by CORD in any way or form.

There was absolutely no external influence of any nature brought to bear upon me over the petition. Again, my comprehensive reflections on this issue are in The Muddy Mango.

Q: What informed your early departure from the Judiciary? Did someone push you out?

I had done what I could possibly do in the Judiciary.

Q: Justice Maraga retires on January 12 next year. Would you prescribe the same treatment of transition as you did?

That is a question you should ask CJ [David] Maraga.

Q: There is much talk about judicial capture by barons and cartels. Having been a ranking insider, how true is this and what are your personal recollections about this? How does the day’s politics influence handling of the cases by judges?

I know there are cartels in all institutions in Kenya and the barons themselves are tied by family and national cartels. I have written and talked about it openly. National and international cartels rule us although we have never elected them. What some would call “the invisible government.” What they have done is to enslave our elected leaders.

I am sure the media knows this as well as everyone else. There are cartels in the media. Indeed, the entire society is captured by cartels but the good news is that there is resistance to the rule of national and international cartels in Kenya and the world over.

Q: Courts are blamed for being impediments in dealing with cases, especially on corruption. How true is this? Is the Akasha case a demonstration of this and perhaps how compromised our system is?

The Judiciary is always blamed for the failure of the so-called war on corruption. That is a political distraction and diversionary strategy by our political leadership. I am not saying there is no corruption in the Judiciary.

What I am saying is that the political leadership perpetuates corruption in the Judiciary. Therefore, incorruptible judicial officers work under very difficult circumstances. If there was a political will to fight corruption the entire chain for the administration of justice (investigation, prosecution, Judiciary) would work seamlessly without blame games from any of the three links.

I do not think there is a political will to wage war on corruption in this country. What war I would like to see is the people’s war waged against the corruption of the political leadership and baronial elites in this country and of course their foreign masters in the West and East.

You are short on history. I have been on Twitter since 2011. Track my tweets and you see a clear trajectory over which I have stated what is on my mind as fairly as I could. My interviews with the media are an important record also. I got my courage a long time ago when I was 10 years old.

I have been part of our political struggles since the seventies and I did not cease when I served in the Judiciary. My judicial politics is a continuation of what I saw clearly as the politics of the 2010 Constitution. I have always been bold in my intellectualism, ideology, and politics. I have fought the status quo in this country since the 1970s and I intend to do that until the status quo fundamentally changes or until I die, whichever comes first.

Q: What are you doing post-bench? Are you in consultancy? Or business? Will you get into politics?

I write. I lecture. I travel. I attend conferences. I have had a few consultancies but one is important. It is the consultancy in which I have worked with the Constitution Review Commission of The Gambia (with Professor Albert Fiadjoe of Ghana) to review two drafts of their new constitution.

I am also building the Office of the former Chief Justice as decreed by Parliament in 2017. I work with our youth, particularly the artist movement. My mantra has always been: Who can retire when the struggle continues?

Q: Any book by you coming out soon?

Yes. Constitution-Making from the Middle: Civil Society and Transition Politics in Kenya 1992-1997 is being reprinted by the Strathmore University Press. Hopefully, The Muddy Mango will be published this year.

Currently some of my former colleagues from the Judiciary and I are writing an intellectual biography on the Judiciary Transformation in 2011-2016.

Sarah Wairimu Collects Personal Effects Amid Standoff With DCI Agents < Previous
The Trending Images This Tuesday Next >
Recommended stories you may like: