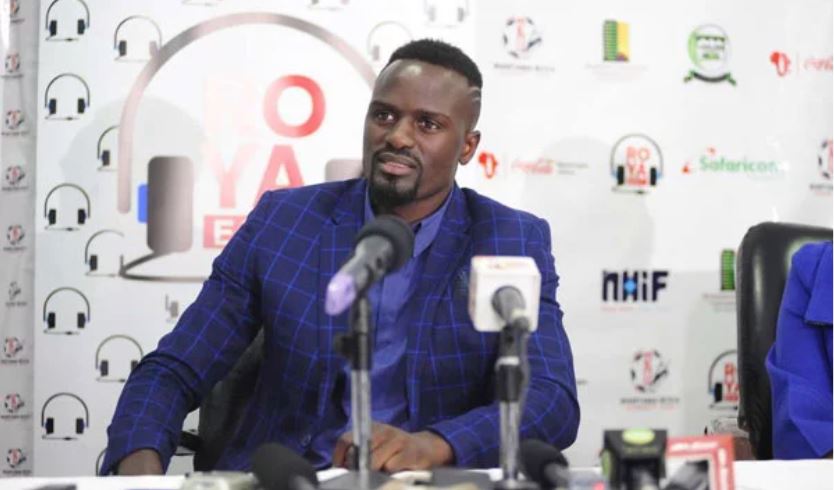 Football star McDonald Mariga’s nomination as the Jubilee candidate in the forthcoming Kibra by-election was deceptive and unfair, one of the aspirants has said.

Mr Morris Kinyanjui claims the vetting exercise of 16 aspirants was done in secrecy and contrary to the Jubilee party regulations.

“It is with sadness that the selection of one Macdonald Mariga Wanyama to be the Jubilee candidate for the by-election in Kibra was not only unfair, deceptive and shrouded in secrecy but also contrary to the provisions of the Jubilee Party Constitution,” said Kinyanjui in a letter addressed to Jubilee Party Secretary-General Raphael Tuju.

According to Kinyanjui, the selection exercise conducted on Monday by six members of the Jubilee National Elections Board was irregular and “a sad reminder of the dark KANU days.”

“Our Party Constitution in Article 11 provides that: ...the party shall conduct open, free, fair and transparent nominations in national and county elections through consensus, secret ballot or through the IEBC or other democratic method acceptable to the members under the supervision of the National Election Board and the County Elections Board,” said Kinyanjui.

“Not only was there no nominations conducted, but the National Election Board arrogated upon itself powers it does not have to conduct the aforesaid selection, and even then they did not feel it right to inform the aspirants and I only learnt of the same through the media; a sad reminder of the dark KANU days!”

Kinyanjui wants an urgent meeting with Tuju to discuss the matter, failure to which he has threatened to appeal Mariga’s nomination.

The aspirant emerged third in the evaluation exercise done at the Jubilee Party headquarters in Nairobi. The parliamentary hopefuls were evaluated on among other issues, knowledge of party policies, ability to finance campaigns, understanding of parliamentary work and the vision for Kibra.

Childbearing is not an issue. Women should rise above it – Millie Odhiambo < Previous
Sonko Denies Any Wrongdoing After Being Grilled for 9 Hours by EACC Over Garbage Tenders Next >
Recommended stories you may like: