Sonko ‘Ready to Step Aside’ Over Graft Allegations Against Passaris 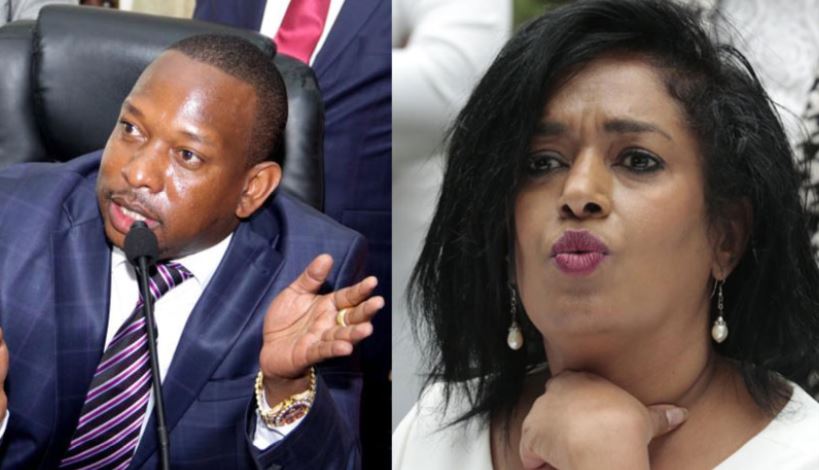 Nairobi Governor Mike Sonko is ready to step down over corruption allegations he made against Nairobi Woman Representative Esther Passaris.

The anti-graft agency EACC on Thursday summoned the Nairobi county CEO to record a statement on his accusations. In June, Sonko accused Passaris of claiming a double per diem from the county government and in Parliament for a trip she made to New York in March 2019.

Sonko, who was summoned to appear at Integrity Centre on Thursday, acknowledged receipt of the summons saying he would present himself to EACC immediately after the memorial service of the late Bomet Governor, Joyce Laboso and the late MP for Kibra Ken Okoth.

“I acknowledge receipt of summons by the EACC relating to alleged utterances I made, directed to Hon. Esther  Passaris, and her unpaid per diem for a trip she made to New York in March 2019 despite the county having paid for her air ticket to New York and before that Vienna,” wrote Sonko on Facebook.

The controversial governor further said he is ready to step aside to allow the anti-corruption agency to complete its investigations.

“I want to categorically state that, in the event, it is established that I have a case to answer before the law, I am ready to step aside to allow the EACC complete investigations and determination of the matter,” he stated.

Sonko also noted that the summons by EACC will have corruption cartels in Nairobi celebrating.

“I know many cartels will celebrate this move and think of coming back to swindle public funds but poleni sana I shall still be monitoring all the projects I initiated closely during my absence from office. God bless you, God bless Nairobi, God bless Kenya,” Sonko

Chinese Embassy “Shocked” after Container With Diplomatic Goodies Arrives Empty < Previous
The Trending Pics this Friday Next >
Recommended stories you may like: