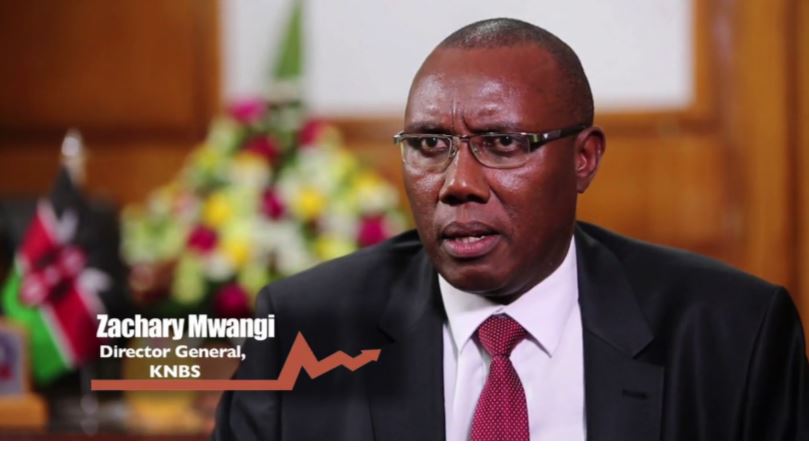 Speaking at KICC during a media briefing on the progress of the 2019 Kenya Population and Housing Census preparations, Mr Mwangi said they will use mobile technology to capture data. The devices will be distributed to all the 47 counties as from 12th July, he said on Monday.

He added that the computer program to be used has already been designed, developed and tested. Mwangi noted the paperless will accelerate the enumeration process since real-time data will be sent to the central server from the time the exercise kicks off.

“We’re very confident about our data-capture program,” he said, adding that the exercise will be carried out in three phases consisting of pre-enumeration, enumeration and post-enumeration.

The KNBS DG said Moi University and the Jomo Kenya University of Agriculture and Technology (JKUAT) will assemble 164,700 data-capture devices at the cost of Sh15,000 each.

“Build Kenya, buy Kenya, because if you go to Moi and JKUAT today, you will see the kind of a job those young people are doing. You will also be impressed.  So, that was a very strategic decision that we made because we have the capacity and some of these things have been done before in our universities,” he said.

The census will also capture agricultural activities, a component that was not captured in the 2009 census.

“Besides extensive use of technology, this census would also have more details on agriculture to cover the type of crops cultivated by households, aquaculture and livestock,” said Mwangi.

The theme for the national census is, counting our people for sustainable development and devolution of services. It will focus on eight key areas, among them population characteristics, disability, education, labour force, ICT, livestock, agriculture, housing conditions and amenities as well as household assets.

This will be Kenya’s 8th census and first under the constitution (2010).

CMA Penalizes Insider Traders Aly Khan Satchu, 2 Others Over Illegal Trade of 59m Shares < Previous
The Top Stories on the Internet Today (Wednesday July 10) Next >
Recommended stories you may like: