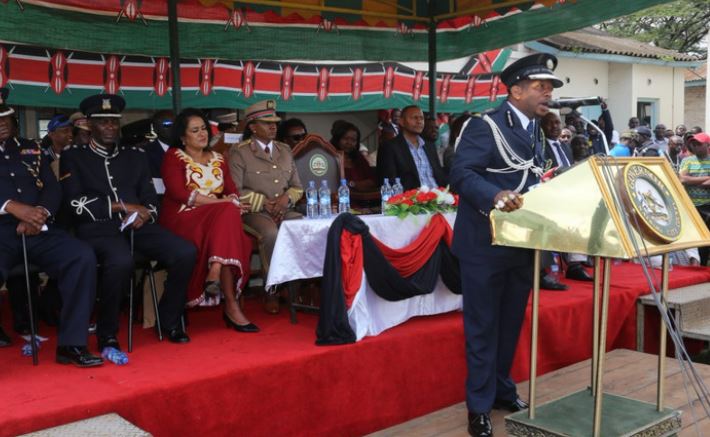 Nairobi Governor Mike Sonko has declared he will not apologise for remarks he made about Esther Passaris unless the Nairobi Woman Rep apologizes first.

Sonko on Monday said that Esther Passaris was trying to pit him against women following her dramatic walkout during his speech on Madaraka Day.

Acknowledging that he respects Passaris as she has a development agenda for Nairobi, Sonko said she must apologize first for her own disparaging remarks against him.

“[Nairobi women rep Esther Passaris] who spoke first made so many allegations against me some bordering on corruption. Since all these allegations were made against me on the same podium I had the right of reply on that same podium,” he explained.

Sonko also shared a video in which Esther Passaris accused him of delaying approvals for her projects. Ms Passaris also insinuated that Sonko has been dishing out cash handouts from proceeds of corruption.

“Our governor has been on TV showing off his 1,000 title deeds, he also demonstrated that he is able to beautify Uhuru Highway from his own pocket. I don’t have the kind of money the governor has.

“If we want to abolish corruption in Kenya then we have to stop dishing out money here and there without clearly showing where that money is coming from,” she stated.

What’s Next For Marvel’s ‘Black Panther’ Films? < Previous
Pedophile Pleads Guilty to Sodomising 3 Boys, He Reportedly Gave Them Sh10 After the Act Next >
Recommended stories you may like: