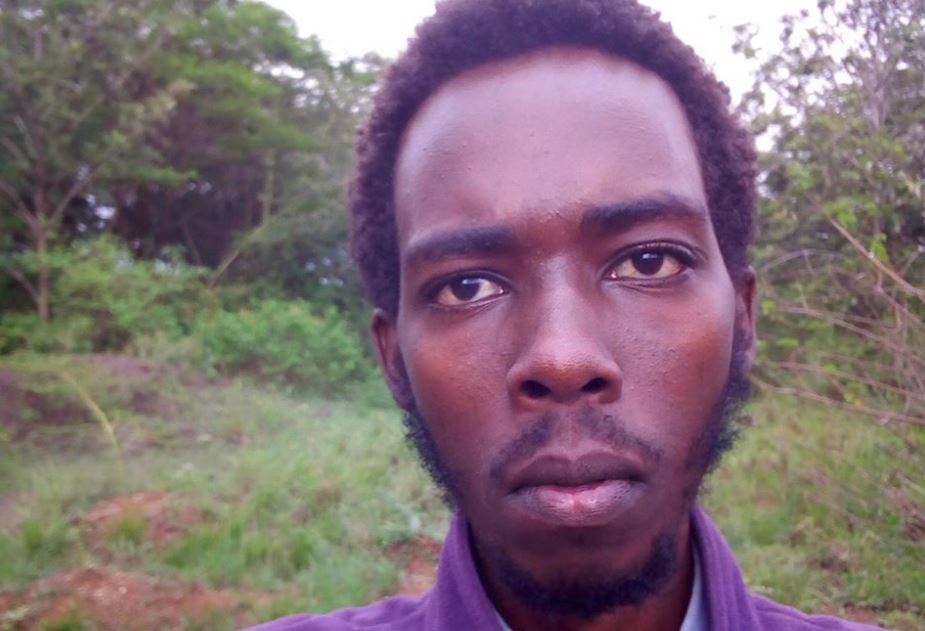 A 5th year mechanical engineering student at JKUAT was on Monday night shot and injured at State House Nairobi.

Brian Kibet, 25, is reported to have gained entry into the heavily guarded premises after jumping  over one of the gates. He was only armed with a knife.

Police shot him in the shoulder, after he defied orders to stand down. He was then booked at Kilimani police station before being rushed to Kenyatta National Hospital for treatment.

Kilimani police boss Michael Muchiri has confirmed the incident, and said that they were trying to establish whether he was mentally stable.

It has now emerged that Brian Kibet, 25, had on Sunday posted his threats on Facebook. In a Facebook post that has now gone viral, Kibet addressing ‘thief’ Uhuru Kenyatta, promised to attack State House the following day.

He claimed to have been sent to execute the judgement by God. 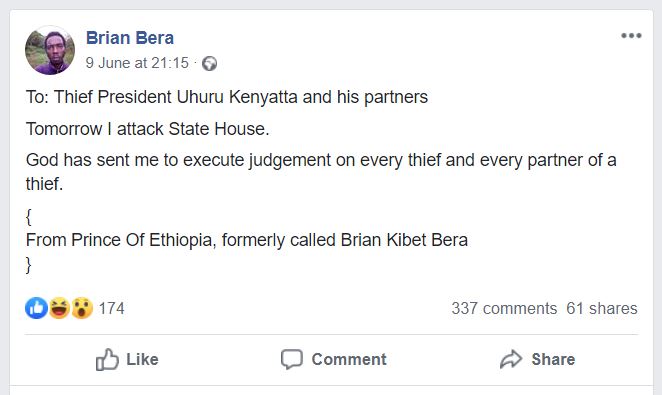 His previous posts on the social media network also reveal a somewhat disturbed person. He has been speaking a lot about war and moving to Ethiopia. He also promised several times to ‘slay’ President Uhuru and other ‘partners of a thief’. 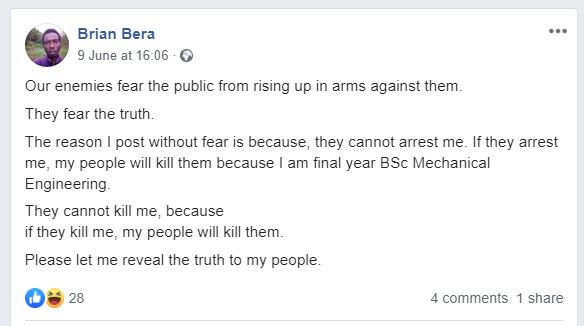 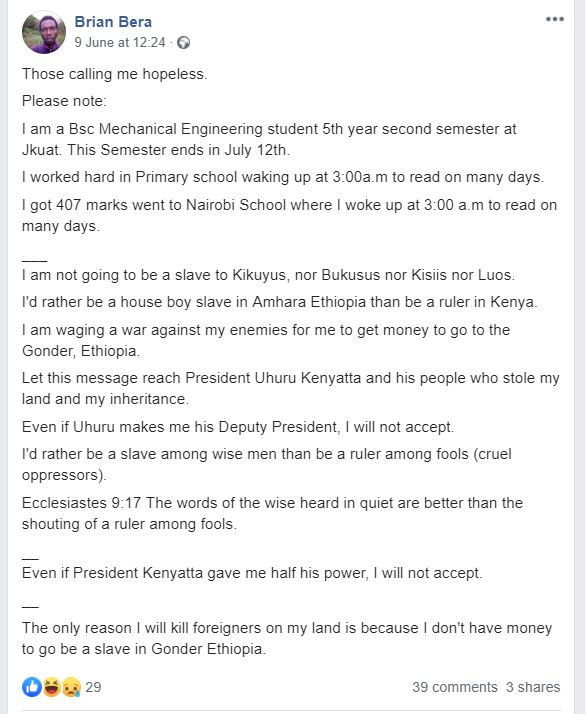 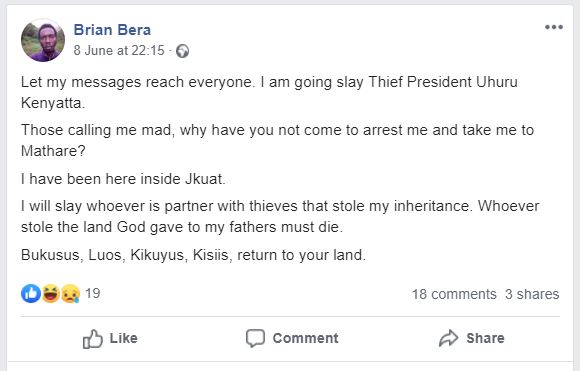 Security Guard Arraigned in Court for Assaulting Lamu Senator, Saumu Mbuvi < Previous
The Top Stories on the Internet Today (Wednesday June 12) Next >
Recommended stories you may like: