My Story: Convict Maintains She Didn’t Kill Her 17-month-old Baby 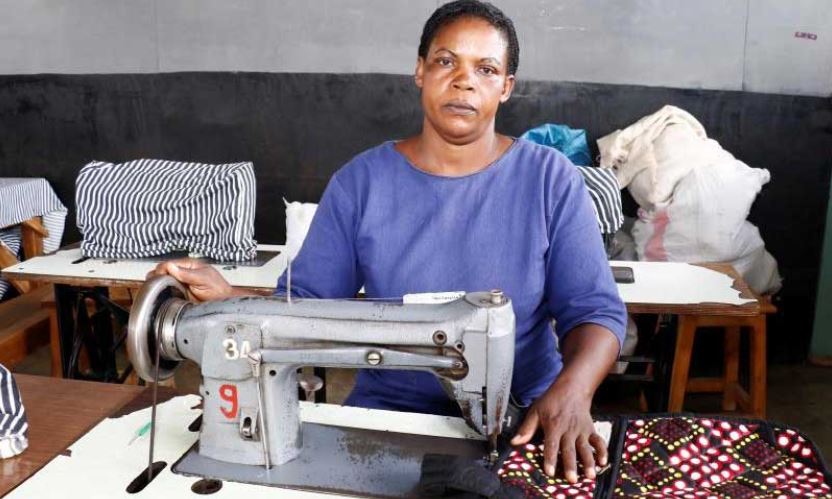 Susan Mutongori is serving a life sentence at Nakuru GK Prisons for killing her 17- month -old baby, a crime she maintains she never committed.

Fighting back tears, the mother of five who worked as a prostitute, told Standard Digital how she found her baby’s lifeless body lying on the bed on the fateful day after coming home from her night shift.

“I used to report to work at around 9 pm and return to the house at around 2 am. I would leave my baby alone in the house. Before leaving, I always ensured that she was well-fed,” she said.

Ms Mutongori that due to the nature of her work, a friend advised her to sedate her baby so that she could sleep throughout the night.

“I bought the prescriptions from a friend who had connections with a psychiatrist at a hospital in Naivasha. At first, I was a bit hesitant, but after the first dose, she slept without interruption and I was able to leave the house,” she said.

But on May 30, 2006, she arrived home and realised her baby wasn’t responding.

“She was calm. I touched her wrist, but there was no pulse. I noticed some mud on the floor, but I ignored because I lived alone. At around 5 am, it dawned on me that my baby was dead,” she said.

Confused, Mutongori covered her baby in a shawl and dumped her near the flyover around Naivasha Prisons.

“I left the lifeless body of my child wrapped with a shawl. Honestly, I don’t know what I was thinking. I was too confused to even report the matter to cops.”

A few weeks later, the body was discovered by a neighbour leading to her arrest and arraignment in court for murder.

In court, a pathologist testified that the baby was strangled, had a swollen head and her vagina had bruises.

“I was shocked when the doctor testified in court that my child died due to head injury and strangulation. He further informed the court that the baby was defiled, which could have led to her death,” explained Mutongori.

Unable to explain in court how her baby was defiled and with no lawyer, Mutongori was found guilty.

“I suspect a former lover did this to my baby. Before we broke up, he had warned me that he would do something to me that I would regret. I thought he was joking,” she added.

“I hope that one day I will be allowed to see my children whom I abandoned due to my selfish interest. Being separated from my family and the other world crushes me.”

She hopes to one day receive a Presidential pardon since her appeal has been thrown out twice. Her last and only chance is the ongoing re-sentencing which she applied.

“I cross my finger and hope that the judge handling my case will be guided by God,” she noted.

Emily Momanyi, in- charge Nakuru Prisons, speaks highly of her.

“Mutongori has reformed. She has enrolled for Theology and currently, has perfected her talent in dressmaking. She is also one of our trustee in prisons,” said Momanyi.

14 Things To Know About YouTuber Wahura Kabutha < Previous
CRAZY: Funny Pics/Memes Going Viral on Kenyan Social Media Next >
Recommended stories you may like: