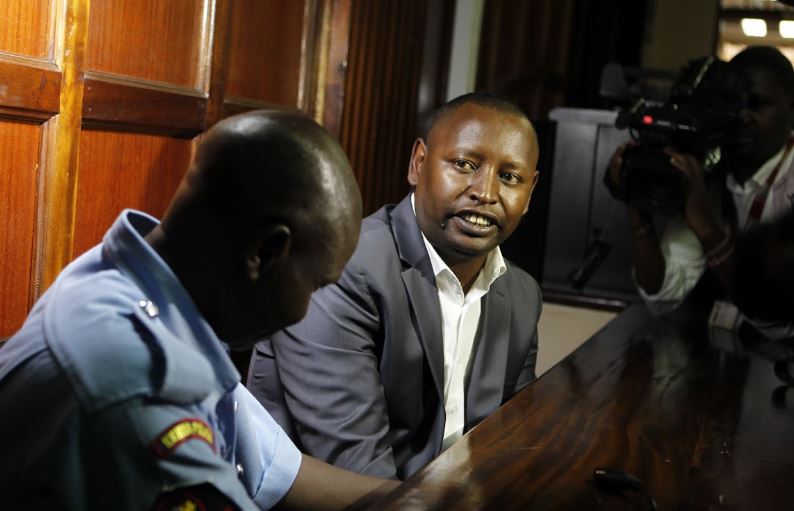 Samburu Governor Moses Lenolkulal must be a relieved man after the High Court reviewed the Sh100 million bail terms he was slapped with a day after he denied graft charges.

The embattled Governor was still being held at the Industrial Area Remand Prison on Wednesday when he filed for a review of the bail amount at the High Court Anti Corruption Division saying he was unable to raise the set amount.

“My Lord the accused is greatly aggrieved by the said terms which are completely outrageous and unprecedented. It goes against the bail and bond policy, specifically that the bond amount should not be excessive and should not be greater than necessary to guarantee that the accused persons will appear in court,” lawyer Paul Nyamodi.

“We, therefore, request your lordship to call for the file and vary the bond terms by imposing such terms as are reasonable.”

The lawyer said he has received instructions from his client to assure the court he is not a flight risk.

Justice Mumbi Ngugi agreed with the advocate that the previous bail/bond terms imposed by Anti-Corruption Court Chief Magistrate Douglas Ogoti on Tuesday were excessive and could amount to denial of bail.

“At any rate given the nature and circumstances of the case and the penalty provided in law, it is my view that the bond terms imposed on the applicants are excessive,” the Judge said.

Adding; “It has not been demonstrated that he is a flight risk, and I note that the Prosecution did not oppose his application for bail. The applicant has also been barred from accessing County offices, so the apprehension that he may interfere with witnesses is not a consideration.”

Justice Mumbi Ngugi slashed the previously set amount of Ksh.100 million to Ksh.10 million. She also reduced Lenolkulal’s bond from Ksh.150 million to Ksh.30 million with a surety of a similar amount.

The Samburu county chief is charged with conspiracy to commit an offence of corruption, abuse of office, conflict of interest and unlawful acquisition of public property.

Lenolkulal allegedly obtained Ksh.84.7million by supplying fuel to the Samburu County Government through his company, Oryx Service Station between March 27, 2013 and March 25, 2019.

Hilarious Meme Compilation (Thursday April 4) < Previous
All The Trending Images This Thursday Next >
Recommended stories you may like: