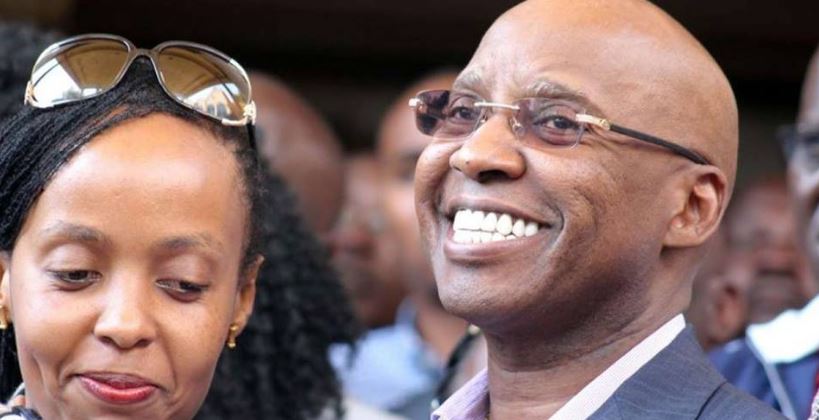 Business tycoon Jimi Wanjigi is a happy man after High court on Tuesday quashed all charges pressed against him at the Nyeri Law court.

Justice Pauline Nyamweya ruled that the Inspector General of Police and the Director of Public Prosecution (DPP) acted in abuse of the court process and in bad faith by preferring charges against Jimi Wanjigi away from where the crime had been allegedly committed.

The judge said the case was instituted out of sinister motives and that the DPP and IG were motivated by extraneous factors in the decision to charge and summon Wanjigi.

While defending their case, the  DPP and the IG explained to the court that they opted to charge Wanjigi in Nyeri as it was his rural home.

Wanjigi argued that he had not been to his village in Nyeri for over a year and it would beat logic to leave courts in Nairobi for the remote court (in Nyeri).

While agreeing with the businessman, the Judge stated that the DPP and IG’s actions were not only abetting illegality but were unfair to him as it entailed additional expenses and inconveniences.

“By charging the applicant in Nyeri Chief Magistrate’s Court, they violated the applicant’s legitimate expectation that the respondents would follow the correct legal process as set by the law.”

The judge also quashed summons requiring Wanjigi to appear before the chief magistrate court at Nyeri on March 1, 2018 to take plea in criminal case.

“The procedure therefore employed by the first respondent (IG) to serve the applicant with the said summons was not only unwarranted, and the use of excessive force during the process was also an abuse of the due process and of their powers,” ruled Justice Nyamweya.

She observed that Wanjigi was arrested and charged despite obtaining orders from the High Court barring the State from taking any action against him.

Wanjigi was charged on March 1, 2018 with 11 counts among them being in possession of seven prohibited firearms which were seized from his home in Muthaiga, Nairobi.

Why Vetting Committee Approved Hillary Mutyambai’s Nomination as IG of Police < Previous
All The Trending Images This Wednesday Next >
Recommended stories you may like: