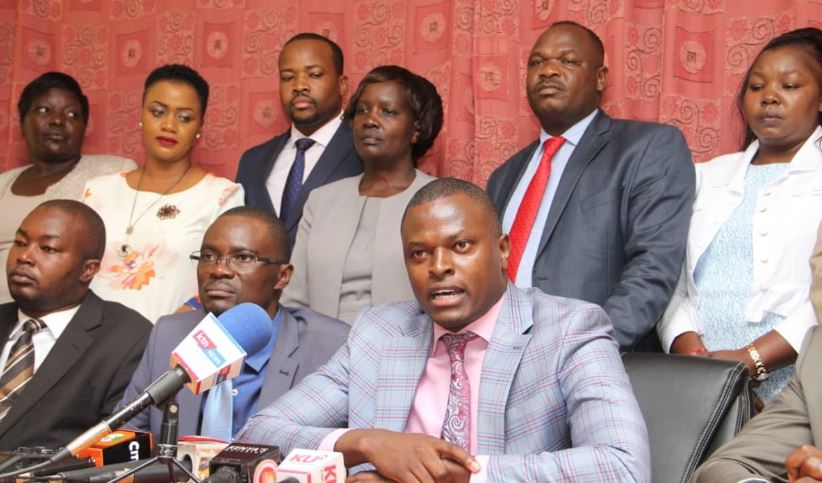 Raila Odinga is hiding behind the purported impeachment motion against DP Ruto inorder to take over the Deputy President position, Jubilee MPs have said.

The MPs who are allied to DP Ruto spoke on Tuesday claiming that the ODM leader is behind James Orengo’s censure motion to have Ruto removed from office.

According to the lawmakers, there are no grounds to support Orengo’s motion. They vowed to shoot it down once its brought before the House.

“We know Raila has always wanted to gain power and because he cannot do it through the ballot, he wants to get power through the backdoor,” Nyoro claimed.

The MP added that Raila was salivating over the DP post.

Kuria West MP Mathias Robi added, “We are ready, let him bring the impeachment motion and he will know DP Ruto has people in this Parliament.”

Some of the MPs are pushing for a Parliamentary Group meeting ahead of Uhuru’s State of the Nation address next Thursday.

Hilarious Meme Compilation (Wednesday March 27) < Previous
The Trending Images This Wednesday Next >
Recommended stories you may like: