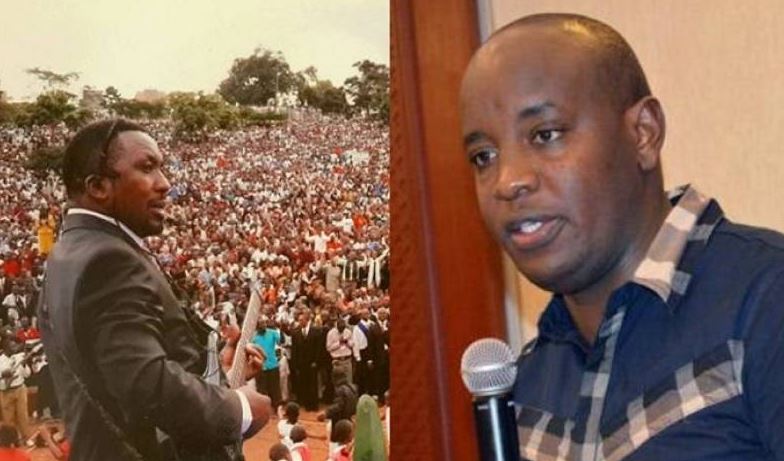 Controversial man of God James Ng’ang’a has been charged with threatening to kill Linus Kaikai.

Pastor Ng’ang’a, founder of Neno Evangelism Centre, was also charged with incitement to violence and disobedience of the law.

According to the charge sheet, Pastor Ng’ang’a is facing two counts: 1) uttering words that constituted as threats to kill Linus Kaikai and 2) while referring to himself as the Chief General Commander, using words that indicated or implied that it was or might be desirable to bring death or physical injury to the Citizen TV journalist.

The magistrate ordered his release on a cash bail of Sh200,000 pending a pre-trial conference on April 3.

Ng’ang’a’s arrest by Detectives from the DCI on Sunday came after Linus Kaikai filed a complaint with the police over the viral video where the pastor warned the journalist to steer clear of church matters.

In the clip, Ng’ang’a says in part: “Funga mdomo yako. If you don’t stop I promise you will face the consequences…sina haja ya kusoma na nikipelekwa shule kilazima sitasoma.

“I am telling you like a Chief General Commander, you have to stop that if you don’t stop you will face the consequences…”

Diamond’s Mother Goes Off on Pastor Who Tried to Mediate Between Singer and his Father < Previous
NEMA Now Bans Poor Quality Non-woven Shopping Bags Next >
Recommended stories you may like: