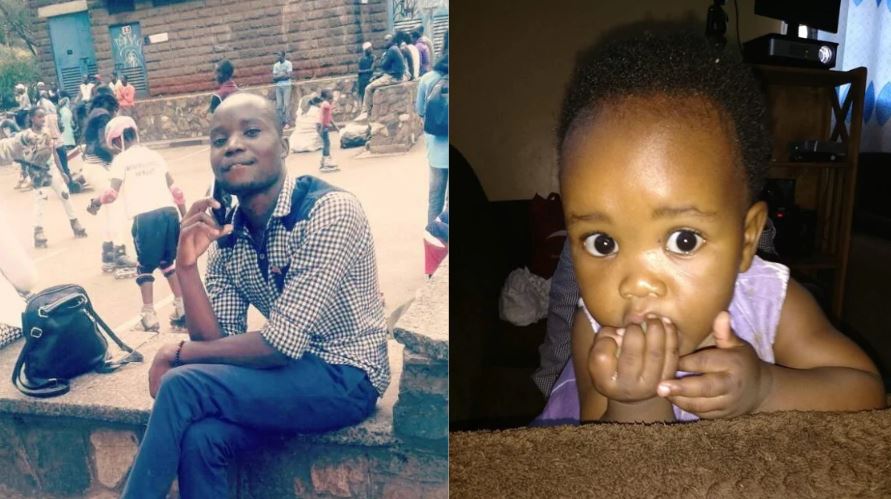 Timon Makswell is a relieved father after he was reunited with his 9-month-old daughter Baby Tamara who had been taken away forcefully by his in-laws.

Baby Tamara was rescued on Tuesday, March 5 by DCI detectives from the Child Protection Unit.

In a post on Twitter, the DCI announced the great news adding that two suspects have been arrested. They are expected to appear in Court today.

“Dear #KOT, Detectives from the Child Protection Unit have rescued #BabyTamara & arrested two culprits. The baby is in safe hands & the two suspects are in lawful custody & will be arraigned in court tomorrow. Thank you all for bringing this to our attention.#JusticeForBabyTamara,” read the tweet. 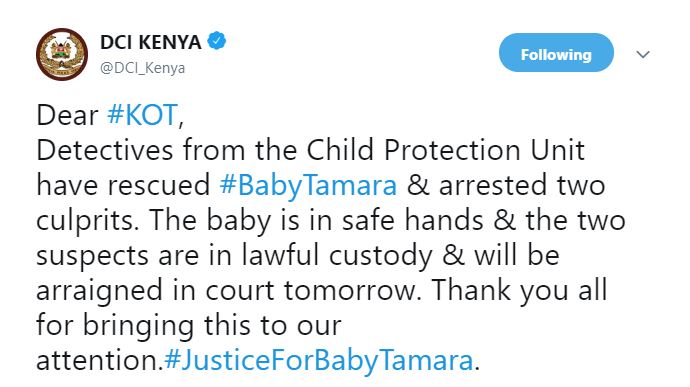 The rescue follows a passionate appeal from Timon Makswell who used Facebook to narrate how he was arrested and forced by his in-laws and police to give up his 9-month-old baby girl.

His touching appeal inspired Kenyans on social media to rally behind him under the hashtags #JusticeForBabyTamara and #JusticeForTimonMakswell.

This caught the attention of the Director of Criminal Investigations (DCI) and the security agency responded, instructing Tamara’s father to report the matter to any police station.

Hilarious Meme Compilation (Wednesday March 6) < Previous
“Report What I Have Stolen to the DCI,” Uhuru Kenyatta Challenges His Accusers Next >
Recommended stories you may like: