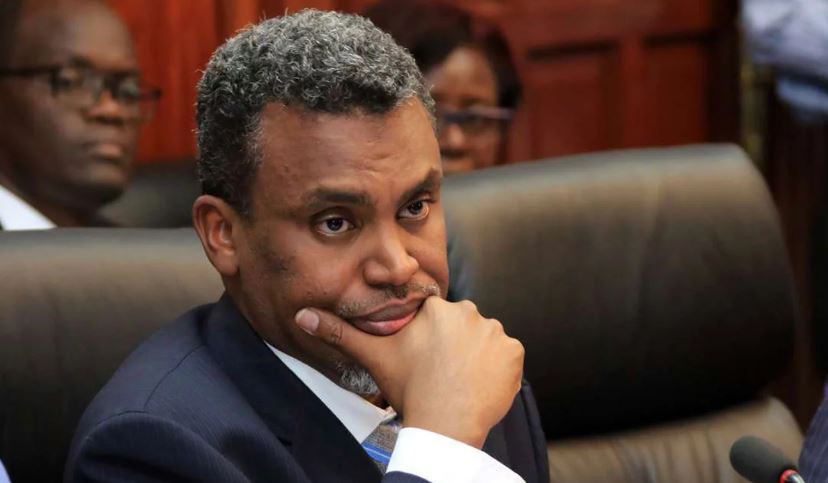 The Kenyan Judiciary is once again on the spot following a controversial court ruling in a corruption case involving a former government employee.

The accused -Perminus Kamau Njoroge- is a former cashier with the Ministry of Higher Education, Science and Technology. He was arraigned in Court on Tuesday and charged with unlawful acquisition of Sh12, 980,000 from the ministry in 2011.

Mr Kamau was, however, handed a lenient sentence; a fine of just Sh600,000 or an alternative of 1-year imprisonment.

If you ask me, such a ruling makes corruption sound like a lucrative career opportunity. It is no wonder that Kenyans online have been outraged by the light sentence.

The Director of Public Prosecutions Noordin Haji has also been called to action and intends to appeal the outrageous ruling. 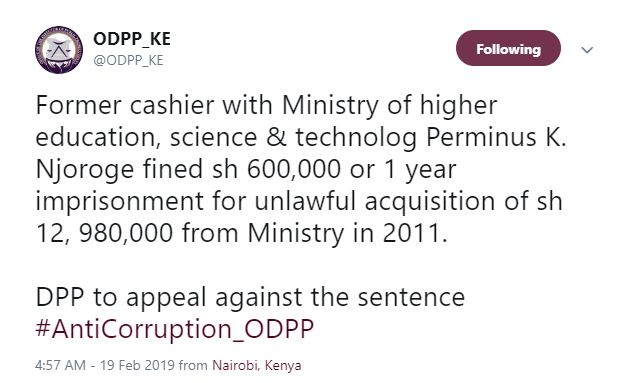 Kenyans on Twitter also made their disbelief known as they weighed in on the issue.

Arnold Mutiti said, “Not a bad investment. He has like 10 million to enjoy.”

Paul Gichia contributed: “If the 12.98 M were recovered that fine is ok. Else that will be a joke.”

Wanjala Kevin observed that: “Reasons why corruption will never end. What about the rest of the money? He should return it all then pay the damn fine with his money… Come on.”

Teddy Obiero wondered: “Kenya why!! And you will order nurses back without increment, detain a father at KNH over 56k, yet we supposedly have free maternity, never audit the Beyond zero campaign….and increase tax on all SME and let big boys like Bidco go without paying taxes.”

Maringa added that, “This is encouraging corruption.”

While one Kiragu Maina calculated how the accused possibly made an even bigger profit with the loot by investing in a Sacco. He wrote:

2. Putting his money into a SACCO, guaranteed 12% returns annually. No sweat!

Hilarious Meme Compilation (Wednesday February 20) < Previous
Here are the Trending Pics This Wednesday Next >
Recommended stories you may like: