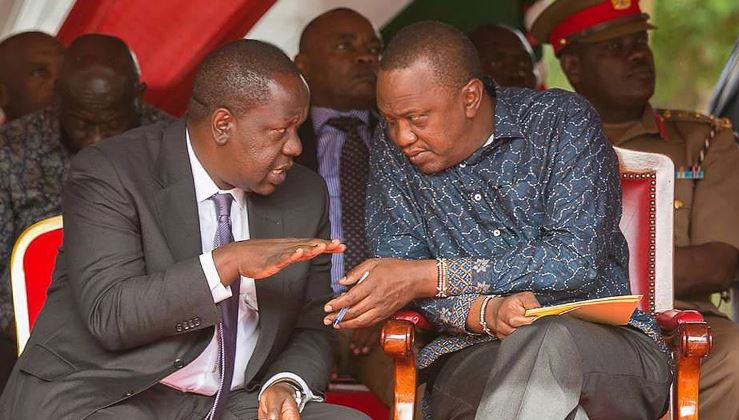 Fred Matiang’i has been rewarded for his exemplary work in Uhuru’s cabinet; the Interior Cabinet Secretary is the chairperson of a newly constituted National Development Implementation and Communication Committee.

In an Executive order issued on Monday, President Uhuru tasked Dr Matiang’i with implementing all National Government programmes and projects, including the Big Four agenda.

As head of the committee comprising of all Cabinet Secretaries, the Attorney General and the Head of Public Service Secretariat, Matiang’i will report directly to President Kenyatta.

In the seemingly de facto Prime Minister post, the no-nonsense CS will now coordinate all cabinet dockets and will receive and deliberate on reports from the committee.

Matiang’i will also provide coordinated strategic communication to the public and other stakeholders on the progress of National government projects.

He will be deputised by Treasury CS Henry Rotich.

The roles of the new committee include to “monitor and evaluate the follow up mechanisms for resources allocated for National Government Priority Programmes and Projects, and to ensure proper utilization and realization of the targeted outcomes.”

In addition, President Kenyatta transferred the management and co-ordination of the National Transport and Safety Authority from the Ministry of Transport to Dr Matiang’i’s Interior docket.