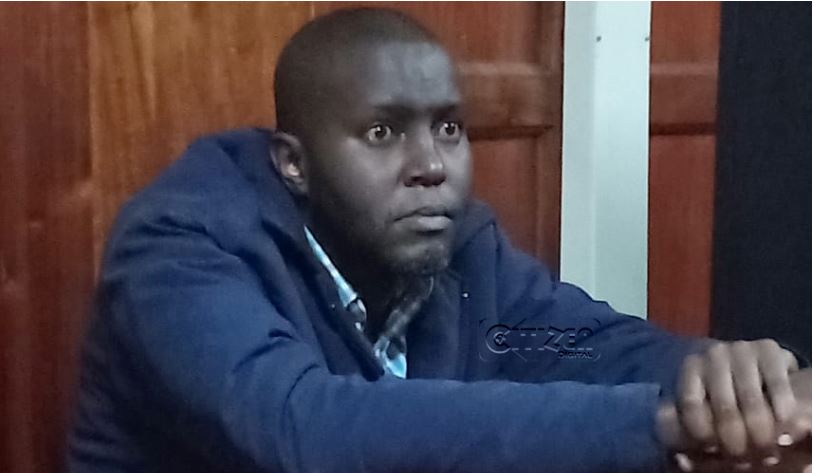 A suspected pedophile has been charged in court for allegedly defiling an 8-year-old girl in Nairobi.

Ledama Sultan, who is a pilot at Wilson Airport in Nairobi, was on Wednesday charged at the Milimani Law Courts. The Court heard that he sodomised the minor on September 30, 2018, in South C estate in Lang’ata.

The prosecution asked the court to deny the suspect bail arguing that he could interfere with investigations as well as intimidate witnesses.

In opposing the suspect’s release, the prosecution team noted that the accused left the child traumatized to the extent of attempting suicide.

The court heard that the minor jumped off a four-storey building to escape him and was taken to a Nairobi Hospital.

“The victim was severely traumatised by the painful ordeal to the extent of attempting to commit suicide by jumping through the window of their house on the fourth floor. As a result, the victim got fractured and was admitted to Nairobi Hospital ” Mboya added in an affidavit filed by state counsel Caroline Karimi.

In her affidavit, Ms Karimi noted that Ledama was a relative to the victim.

Mboya also noted that despite doctors informing the minor’s mother about the defilement, she refused to accept and has continued to deny that her child has been defiled.

“After examining the child, doctors found she had been defiled. They gave the information to the mother, who maintained that the child had not been attacked. It has taken three months of counselling for the girl to reveal the perpetrator because he is a relative,” Karimi said.

The prosecution said the minor’s mother is the defence of the suspect.

The minor is in custody of the state and has been placed at a children’s home in Nairobi.

The Court was further told that the accused person is a flight risk and might abscond court owing to the nature of his job and the fact that he also holds US citizenship.

State counsel Caroline Karimi pleaded with the court not to grant Ledama any bond terms until the minor testifies.

She will be seeking orders for the State to retain the custody of the minor during the trial.

She said the minor’s mother is a US citizen therefore the minor is also a flight risk.

Bereaved Mother Exhumes Daughter’s Body for Resurrection Prayers < Previous
The Top Stories on the Internet Today (Friday January 11) Next >
Recommended stories you may like: