Worst Mistake Ever! The Day I Risked Travelling in a Miraa Pickup to Nairobi…

One guy’s narration of his experience while traveling in one of those infamous and superfast Miraa-ferrying pickups has gone viral on social media.

In a long thread, Kenyan on Twitter, @Yobes_Mr_Right, told his quite hilarious story of the day he decided to hop on the risky ‘Miraa flight’ from Maua to Jkuat so he could make it in time to prepare for a CAT.

He described the decision as the worst mistake ever after the breakneck journey that took about two and a half hours and averaged a speed of 180km/hr.

Check out the thread below. 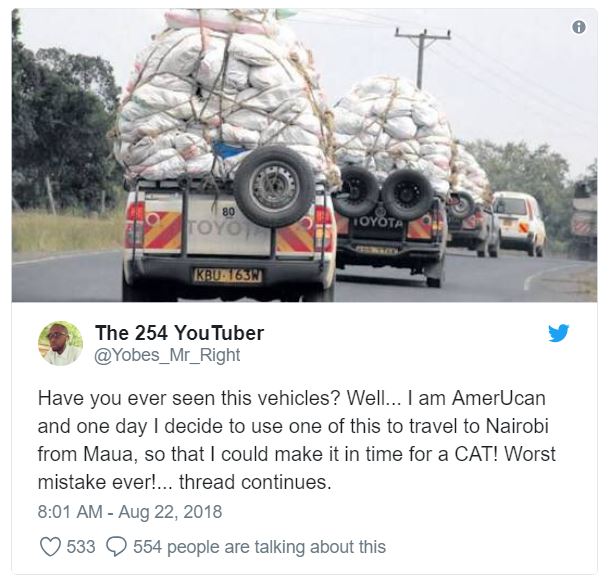 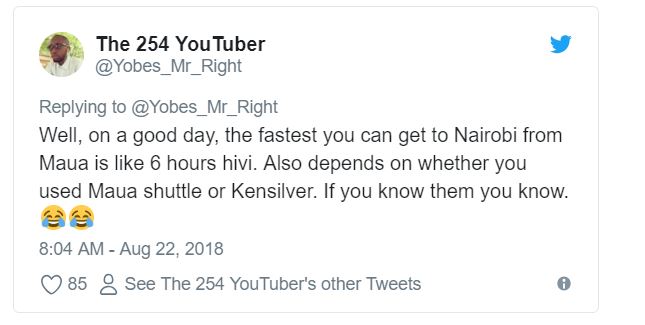 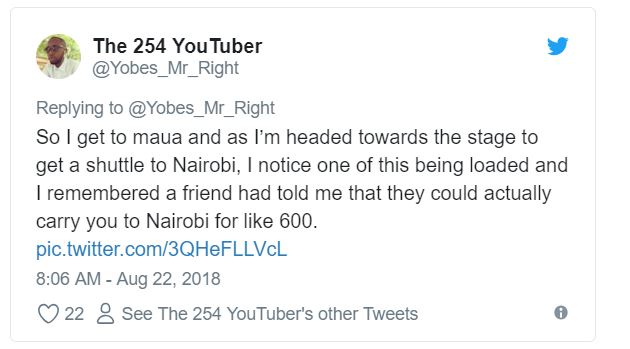 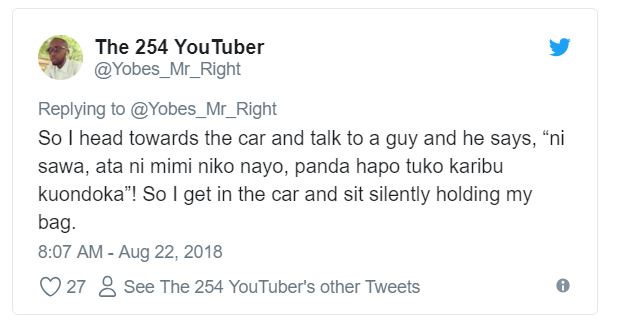 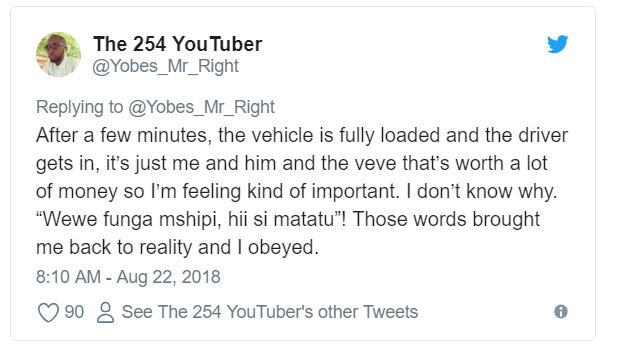 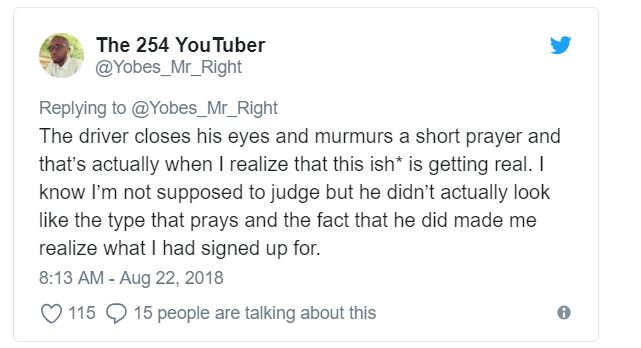 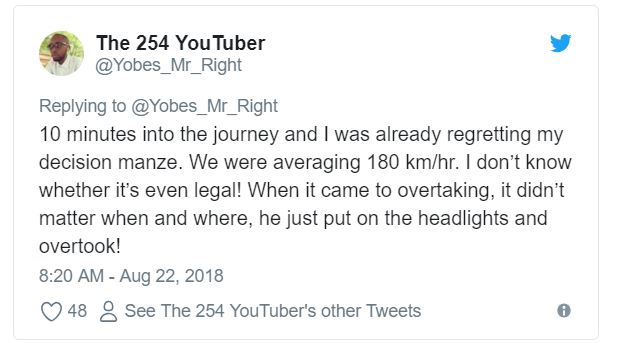 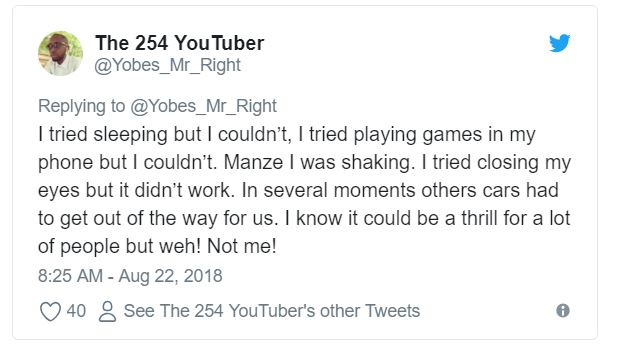 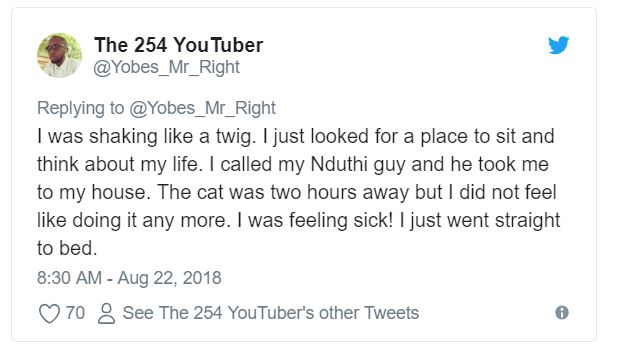 Lol! ‘Mukurino’ Man Tries to Con Sh33M Jackpot Winner With a Message from God < Previous
All The Trending Images This Tuesday Next >
Recommended stories you may like: